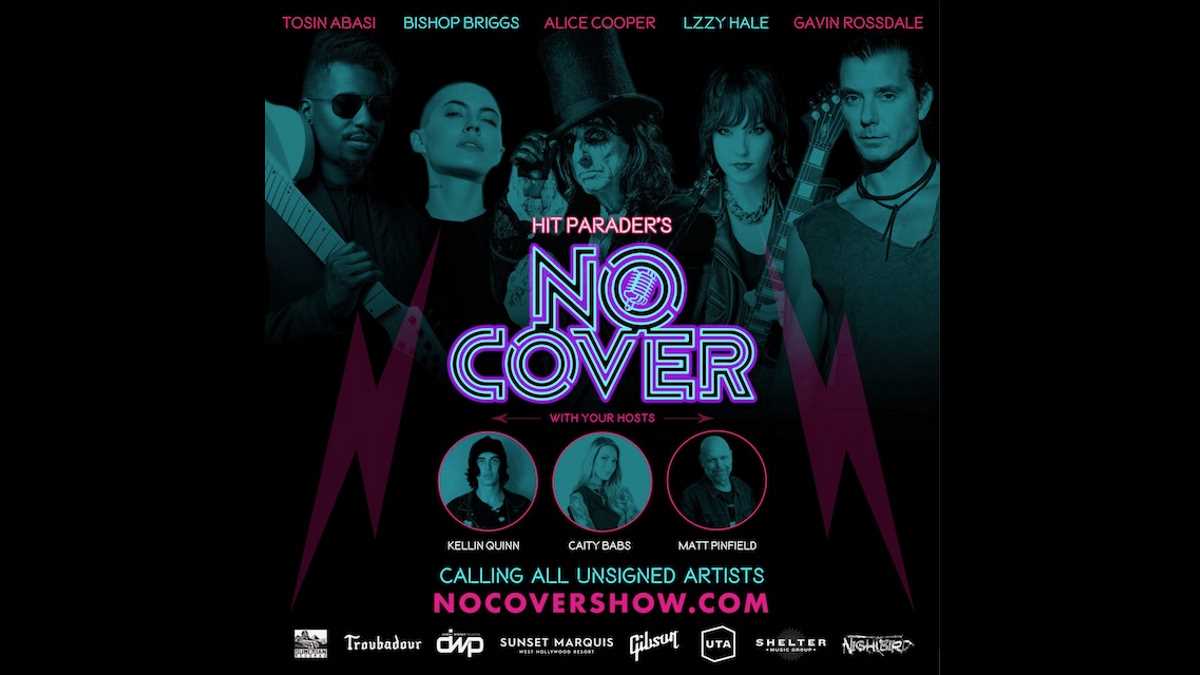 Alice Cooper, Halestorm's Lzzy Hale and Bush's Gavin Rossdale are among the judges for a new American Idol like television competition show called No Cover.

Unlike Idol or The Voice, the show will focus on giving unsigned bands the change to compete by performing their own original music. Bishop Briggs and Tosin Abasi will also be judges.

The show will be filmed at the Troubadour in West Hollywood, CA and bands can sign up for their chance here. The winners will receive a "six-figure recording contract with Sumerian Records", as well Gibson gear, a booking deal with UTA, music festival opportunities from Danny Wimmer Presents, and more.

Alice Cooper had this to say, "I can't wait for No Cover. To me, a band really isn't a band unless they are writing their own material, and if you know anything about me you know that I have a very high standard for not only the songs but also the performance. I'm looking for the band who has it all - the one who can not only write it and play it, but perform it and make me BELIEVE it."

Rossdale said, "I'm thrilled to be part of No Cover - what a talented panel of artists to be collaborating with. We've seen the shows singing the hits -finally the chance to find a real band with their own sound and their own vision. I hope we catapult some great artists into the spotlight."

Lzzy Hale added, "I'm beyond excited to join my friends, peers and fellow rockers as a judge for Hit Parader's music competition TV show "No Cover". I hope that my passion and experience will help to inspire and encourage these young bands to carve out their own path in this world."