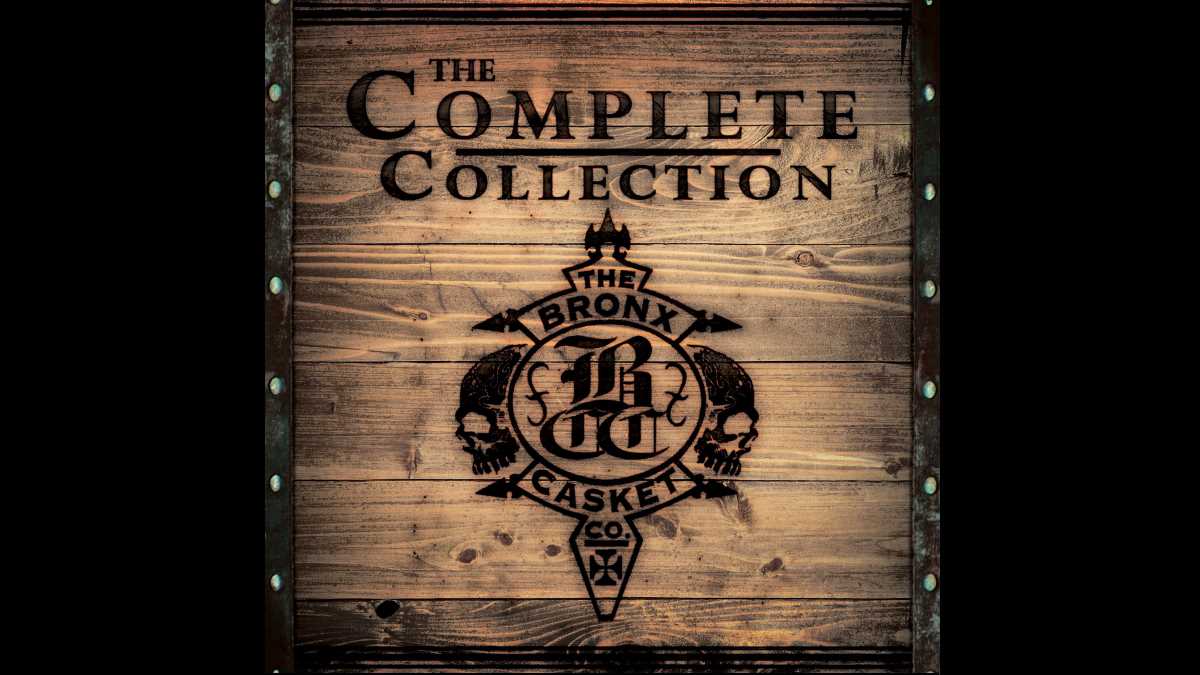 (Chipster) Overkill bassist DD Verni's The Bronx Casket Co. will be releasing a new 5 disc box set entitled "The Complete Collection", on November 13th featuring all four of the group's studio albums and previously unreleased bonus material. We were send the following details:"

The Bronx Casket Co. was founded by Overkill bassist and main songwriter DD Verni and released the self-titled "Bronx Caset Co." on Massacre Records in 1999. It was followed up by "Sweet Home Transylvania" in 2001, "Hellectric" in 2005 and "Antihero" in 2011. The band is rounded out by guitarist Jack Frost (Savatage, Seven Witches, Lizzy Borden), keyboardist Charlie Calv (Angel, Shotgun Symphony), drummer Tim Mallare (Overkill, M.O.D.) on the first 3 releases and Rob Pallota (25 ta Life) on the later, and originally fronted by Myke Hideous (The Misfits, Empire Hideous) on the first 3 albums with DD taking over vocals full time on Antihero.

DD states, "It's Halloween and Friday the 13th all within a 2 week period...so must be time for a new Bronx Casket Co. release! "

This release is completely re-mastered by Alan Douches (The Misfits, Mastodon, etc...) and includes a bonus disc of early demos, unreleased remixes, a cover of The Misfits classic "Ghouls Night Out", and a brand newly recorded mash up of the classic Black Sabbath tracks "The Writ/Megalomania" entitled "Sabatage-d".

DD continues, "I'm so psyched to have the whole catalog in one spot. The four records were all so completely different yet part of the same idea, so seeing it all together is very cool. A bonus disc with demos and extra tracks, as well as all kinds of collectibles makes it something really unique. It was fun to get back with the guys to bang out the Black Sabbath Sabatage-d song too, felt almost like we never took a break. I get asked all the time if there will ever be another full length album....hey ya never know. "

This is limited to 500 copies with 100 being set aside for a special Friday the 13th bundle with some ghoulish merch, and your own personalized death certificate signed by Bronx Casket Co. founder DD Verni.

Get these (while supplies last), which can be ordered here.