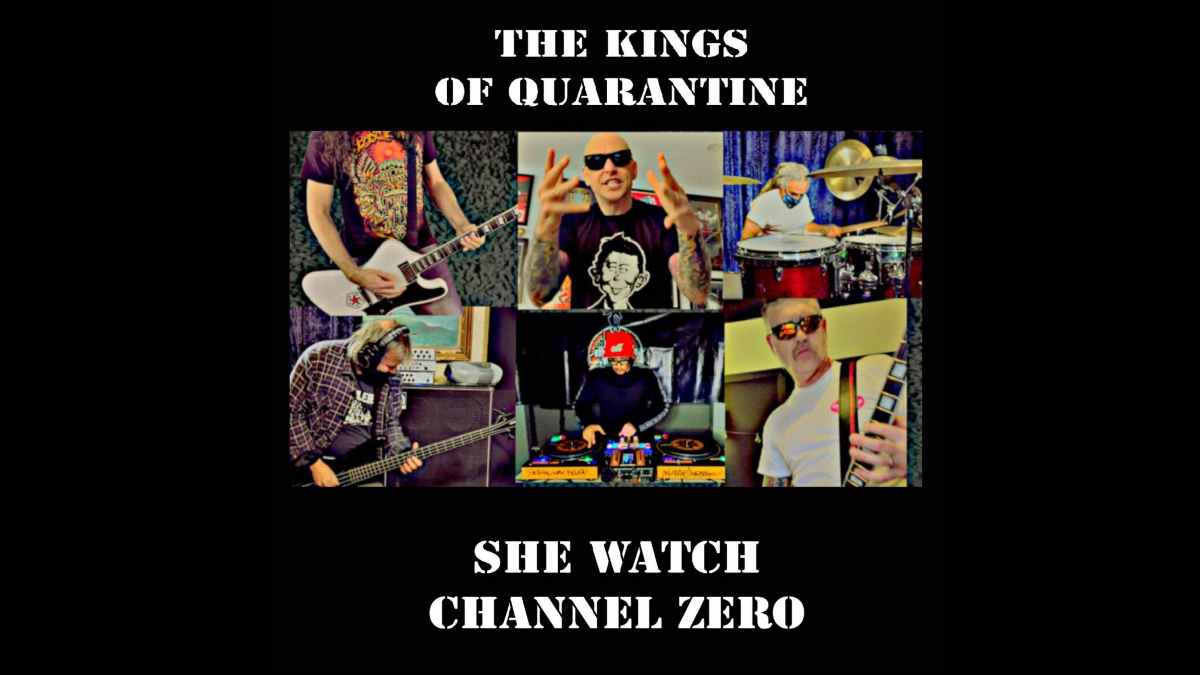 Slaves on Dope's Jason Rockman and Kevin Jardine, plus Mastodon's Bill Kelliher have released the third video for their The Kings of Quarantine project.

The new video features a cover of Public Enemy's "She Watch Channel Zero" and they are joined in the clip by special guests Billy Gould & Mike Bordin of Faith No More, Mix Master Mike of the Beastie Boys, SA of 311, MC Serch of 3rd Bass, Derrick Green of Sepultura, Sen Dog of Cypress Hill, Toby Morse of H2O and Ron English of Popaganda.

All profits from the series, which was launched last year, are donated to Roadie Relief. Rockman had this to say, "We hope to not only put a smile on people's faces, but also help the touring staff that have been severely affected by the pandemic." Watch the video below: