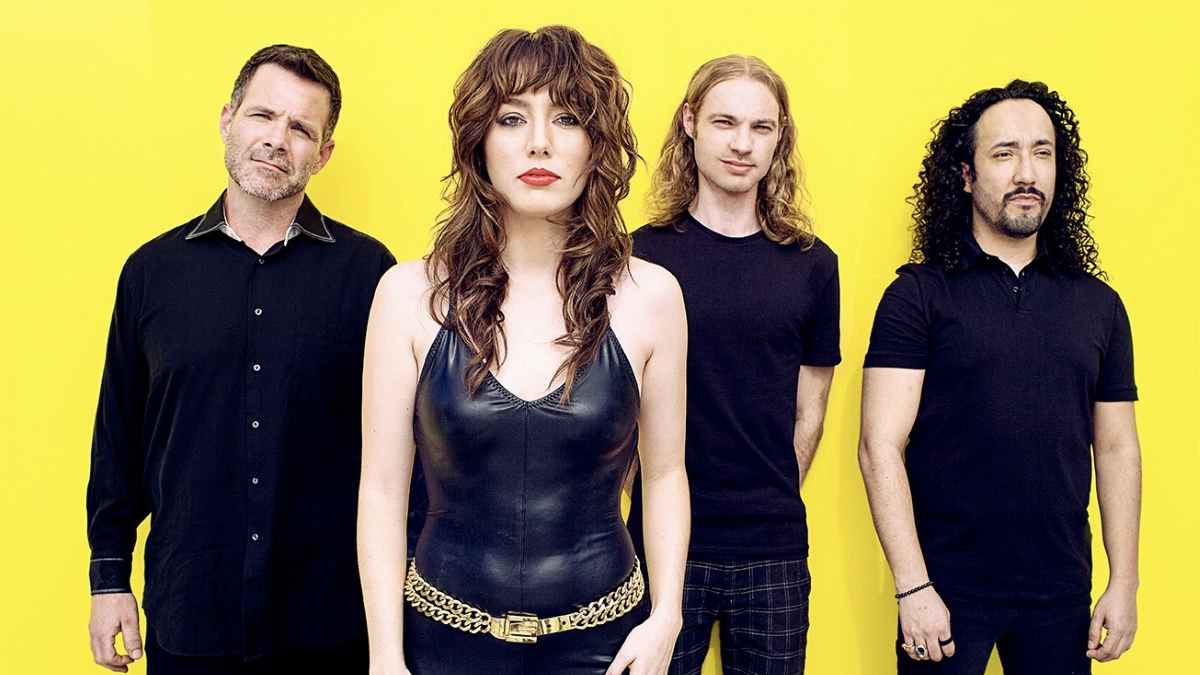 Livingmore recently released their brand new single and video called "Sharp" and to celebrate we asked frontwoman Alex Moore to tell us about the track. Here is the story:

The idea for "Sharp" started when I borrowed some thigh high boots from my mom (yes, she's stylish) and she asked me if I was going to wear them with a skirt and I said, "no I'm going to wear them with a blazer and tie." That got me thinking about how clothes match with our different energies as people and my own history of self-expression. I wanted to make a song about one of the first things that made me feel comfortable showing my personality growing up, since social anxiety has been a thing that I've had to work on. It's funny how wearing certain clothing can really become part of who you are. I remember the first day in middle school when I decided to wear something more unique and I got made fun of the whole day, but I never ran home crying because as a quieter kid at that time, it made me feel like I was winning against the bullies by standing my ground. That was definitely a feeling that has stuck with me and I wanted the song to be there to hopefully help make the uncomfortable to feel more comfortable.

After the initial song idea, I had a vocal melody in my head and I sort of just kept it to myself for a while before I felt it was ready and I then showed it to Spencer (lead guitarist/writing partner) with what I would call "jankey piano playing". So, Spencer and I both worked on it, keeping the initial vocal melody the same throughout and working on the structure but music wise, it was sounding more organic and "Velvet Underground-esque" at first. We knew we wanted it to be more of a dance song though. Our drummer Mike, who we live with, stepped in and was like, "oh, I know what we should do" and he then just created this awesome dance-y back beat and it was like bam! That is how the song is supposed to be! Rodrigo then added his bouncy bass line and it all really came together. It ended up sounding so much bigger than how it started once the whole band joined in on it.

Before this, we had moveable tunes but this is definitely one of our most danceable songs, which was a little bit of a different direction for us at the time. We always love taking chances in this band though. The whole album Take Me (out May 21st) was recorded at our own studio and produced by our drummer Mike Schadel. During the beginning of the pandemic working on the album felt like tunnel vision. We went to the studio for hours at a time and then straight back to our apartment for days on end. We then had it mixed and mastered by Josiah Mazzaschi (Built to Spill, the Jesus and Mary Chain) and he added that cool synth intro to the song you hear with keys which we didn't expect but loved. Josiah is kind of like a fifth member of the band at this point.

The music video was shot by my brother Dillon Moore, who always gets our vibe. He had the idea for us popping out of a sunroof because when he heard the song, he wanted it to have this fun, free feeling which I definitely think he captured. We basically drove around for two days, specifically in the San Fernando Valley, because that's where we are from and had a blast with our heads in the wind! Honestly, it made me feel giddy like a kid on a rollercoaster ride. A feeling I realized I haven't felt in a while especially since the pandemic started and I'm thankful for that wind in the hair experience! Spencer and I were not faking those smiles.

Hearing is believing. Now that you know the story behind the song, listen and watch for yourself below and learn more about the band and their upcoming album here