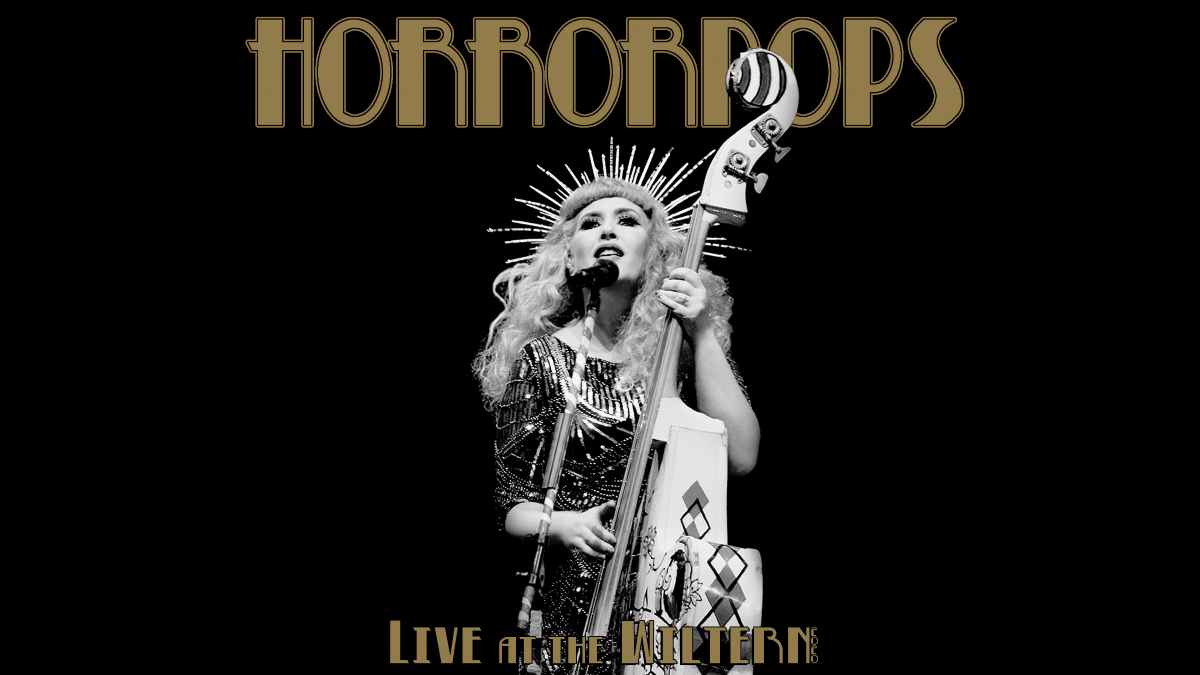 HorrorPops have announced that they will be releasing their very first live package, entitled "Live At The Wiltern," on June 18th in various formats including a Blu-ray / DVD / CD combo pack as well as on colored vinyl (gold or silver) and 180-gram black vinyl.

The new package was recorded early last year at the famed Wiltern Theater and features performances of the band's signature songs like "Walk Like A Zombie," "Miss Take," "Freaks In Uniforms," "Where They Wander," "Hit 'N' Run," "Psychobitches Outta Hell"

Patricia had this to say, "'We wouldn't be here without you' is a total cliché, but damn, you made it true and this album is the proof. We might have forgotten we were a band, but you sure as hell didn't!" Watch the trailer below: