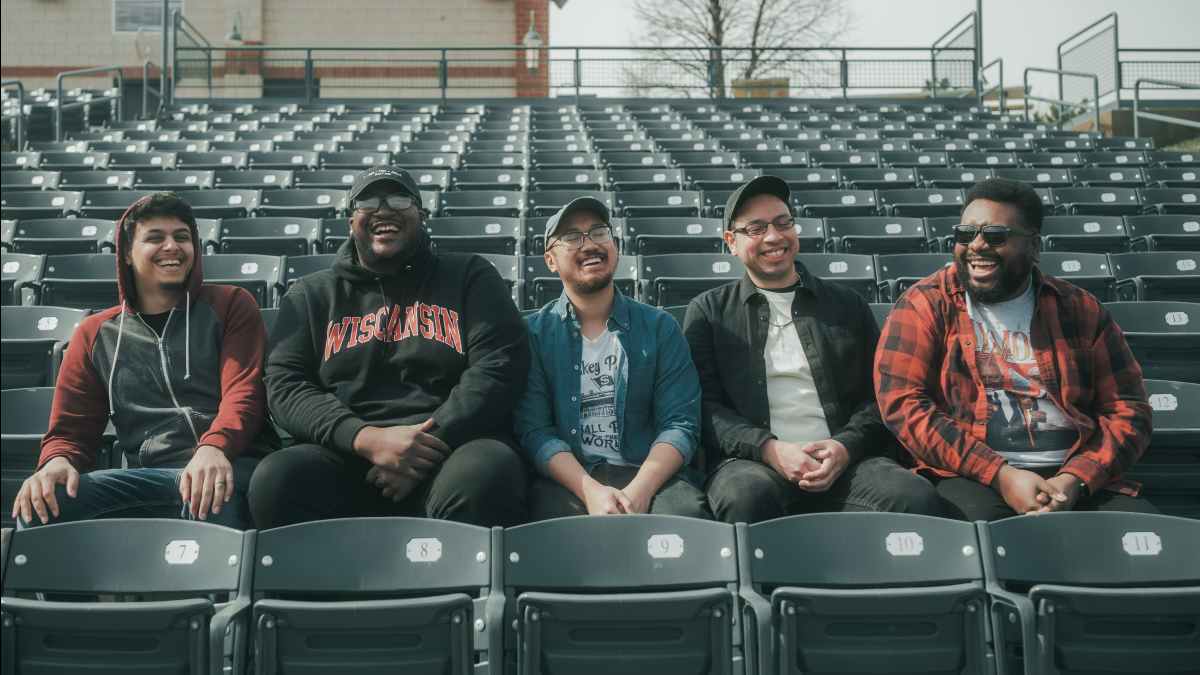 Action/Adventure recently released a video for their new single "Poser", from their forthcoming "Pulling Focus" EP and to celebrate we asked Blake Evaristo to tell us about the track. Here is the story:

The positive reception to Poser and it's video has been validating to say the least - especially when you consider that upon release the song was three years in the making.

We wrote and recorded "Poser" in 2018. It was our first time at Always Be Genius (a staple studio in the alternative scene), and we were ecstatic to finally work with producer Seth Henderson. We've always enjoyed his work with bands such as Knuckle Puck and High Wire, so we were eager to see how we would sound there. We entered with enthusiasm and recorded just two tracks: Tuck Everlasting and Poser.

These two songs were written out of frustration and stress. At the time we were all dealing with the burnout that comes with balancing adulthood and trying to make the band dream work. We had van problems, financial issues, relationship woes, etc. Through all that the band still continued to meet up, twice a week, in the midnight hours, to make music to help us make sense of it all. To be able to meet up with your best friends and create music is sincerely the best means of catharsis. I'll never forget getting those first mixes back as a band. We all collectively bopped our heads in the van and were just so enthralled to hear this version of ourselves - the best version of ourselves. The late-night practices, the intensive debates, the long drives...it all felt worth it at that moment. We knew we had written and recorded some of our best work yet.

We decided to release "Tuck Everlasting" as a single the following year, and save "Poser" for a later release. Part of this decision was based on our desire to not only record more music, but to pair the song with a video that we had discussed ad nauseum: the rap parody video. We spent 2019 writing/recording more music, playing more shows, and trying to layout plans for the ambitious video. We had pitch decks, storyboards, directors, locations, all laid out to make it a reality - we didn't' want to take any shortcuts. It wasn't until we teamed up with our friend, two-time Emmy award winner JoVaughn Trammell in 2020 that the video came into its final form. Together, we were able to have our idea come to life while doing a great job showcasing our band in a tongue in cheek fashion. We're super proud of what the team was able to accomplish, it's high quality work but still super DIY which we love.

Having Poser released in 2021 year on Pure Noise Records is honestly a surreal feeling. We've had "Poser" on repeat all these years, often daydreaming and painstakingly analyzing how and when we'll execute the vision we had in our heads - and we can finally say we did it. The band has evolved in those three years, but "Poser" still feels as fresh as it did the day we left the studio. We're relieved and humbled to finally share it with everyone, and we can't wait to make its next milestone a reality: playing it live.

Hearing is believing. Now that you know the story behind the song, listen and watch for yourself below and learn more about the EP which comes out on April 30th here