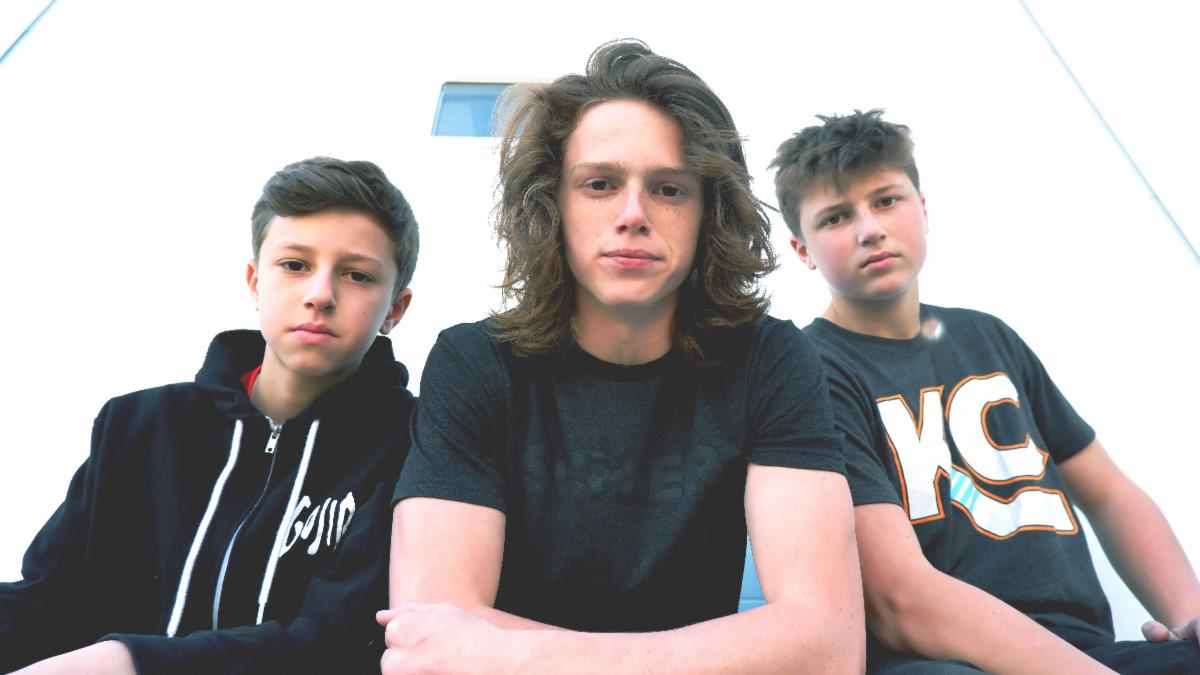 Teenage thrash metal band Hammerhedd are releasing a vinyl version of their new album "Grand Currents" this week and to celebrate we asked frontman Harry Ismert to tell us about the latest single "Foundation". Here is the story:

'Foundation' came about just like about 99% of our songs do- with a riff. The opening riff of the song was one we came up with in the summer of 2019. We were in a major 'riff slump' at the time, and it sort of dug us out of that hole and kicked off what would be the writing process for 'Grand Currents.' After jamming it for a few weeks and getting a feel for it, Eli and I started to piece together the subsequent sections of the song. I vividly remember that we didn't have to think much about the arrangement as we were writing, it more or less just flowed chronologically. We left all of the riffs in the order in which we came up with them.

Some major inspirations for the song as we were writing it were Mastodon, specifically the 'Remission' and 'Leviathan' era, early Meshuggah, mostly the 'None' EP and 'Destroy, Erase, Improve,' and Gojira, specifically the 'Way of All Flesh' era. The song is a combination of those influences and our thrash roots.

The lyrics are essentially about the advantages and setbacks of having a one-track mind. 'Foundation' refers to the foundation on which one's happiness and fulfillment is built on. One's goals in life, especially if they are lofty and ambitious, can destroy their personal life, even if their goals are moral or well-intentioned. In the end of the song, the protagonist's 'foundation' crumbles, as his brain is infiltrated and occupied by one goal to the point where he cannot focus on anything else, thus becoming unhappy and falling slave to his own passions.

We love the way the song turned out, and can't wait to release the music video for it! It's nice and compact (and relatively short compared to the rest of the album!), so we think it's the perfect single to kick off the release of our debut album!

Hearing is believing. Now that you know the story behind the song, listen and watch the video they recently released for yourself below and learn more about the album here