Singled Out: The Crystal Casino Band's Not About You 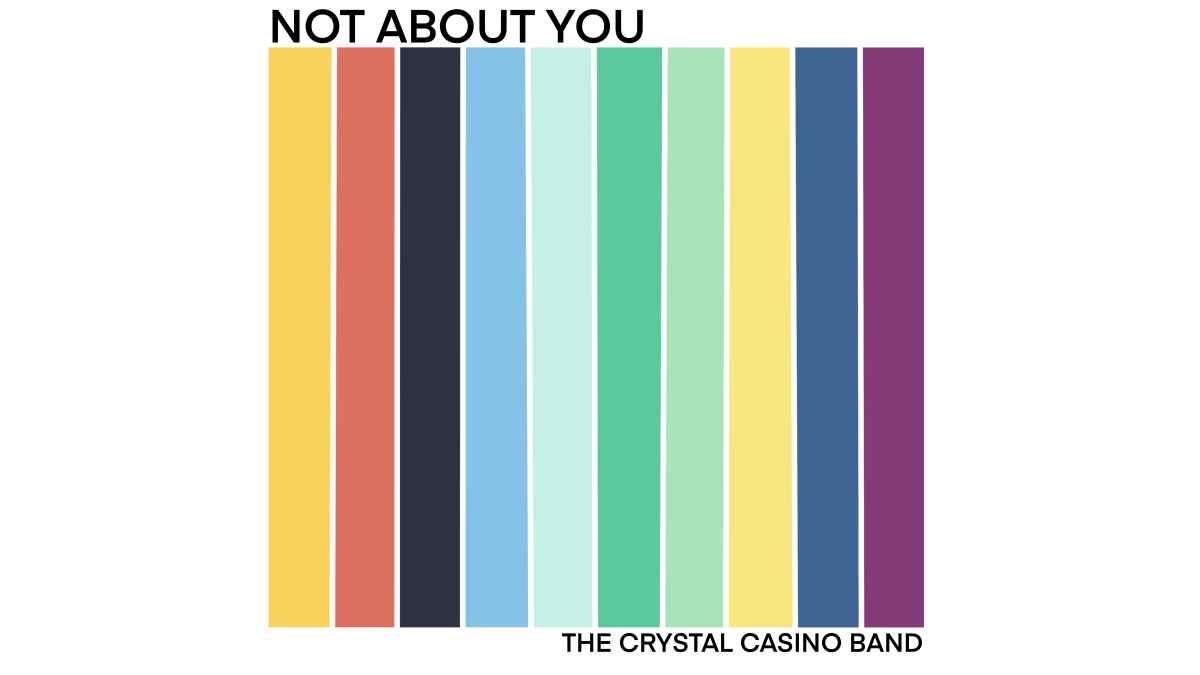 Washington D.C. indie rockers The Crystal Casino Band just released their new album, "Not About You", and to celebrate we asked the band to tell us about the title track. Here is the story:

Jarrod Hendricks, Lead Guitarist: It was about December 2019 when the first version of "Not About You" came to me. Around that time we had just wrapped recording our song "Lady Heart Attack," which was the first song I had ever written. When I came to the band with that song I had a basic song structure and only 75 percent of the chorus but was stuck on how to proceed. Luckily, Pete's been writing songs a lot longer than I have, so he picked up where I left off and made it into a much better song than I ever could have. With the success of writing a song but the failure of not being able to finish it, I set off to complete a song without anyone else's help, which was daunting for me at the time.

Around that time we did a Q&A on our Youtube channel and I was asked the question of would I ever write a song about an ex, to which at the time I said no. The idea that an ex would automatically think a song we wrote was about them really caught my eye though, so with an instrumental I had already had written, I set out to write about that. By the time I finished, however, it was simply too bloated, with three verses, prechoruses, and choruses each, and too pointed at one person formerly in my life, so I decided to archive it for the time being, partially out of embarrassment.

By the fall of 2020 we were making our way through the writing and recording process of our latest album. We had a few already in the bag and had a jam session to flesh out some more ideas for the final songs we'd be putting on the album. I had thought up a fun little bass line and we started playing around with different ideas of how to use it in a song. When we felt like we had a decent foundation for a song built, Pete asked me to send him the lyrics to the song I had written earlier in the year. I happily obliged, a little relieved that all the work I put into those lyrics wouldn't have totally been in vain and now were in his capable hands. I really like the idea that I had provided some of the molding clay that Pete would shape into the song "Not About You."

Pete Stevens, Lead Singer and Guitarist: When I read the lyrics to not about you I knew I could instantly relate. It's basically about your ex girlfriends thinking that every song is about them when in reality it isn't. Maybe that's a niche idea but it's one I can definitely relate to as a songwriter.

Jarrod had so many lyrics that there was a ton of material to work with. I was able to take his best lines, add my own, and form the song into something that would suit my voice and be authentic to the band's sound.

Singled Out: The Crystal Casino Band's Not About You