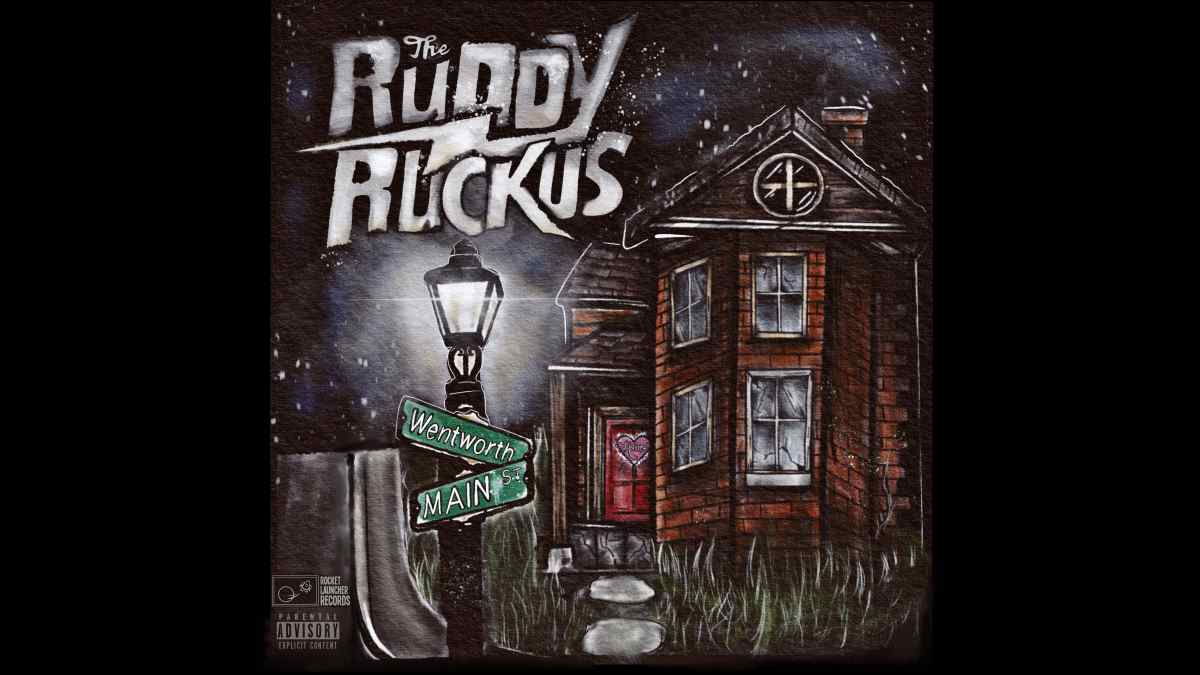 The Ruddy Ruckus are gearing up to release their debut album, Wentworth And Main, on September 10th, and to celebrate we asked frontman Rob Brown to tell us about the single "Boston Lager". Here is the story:

"Boston Lager" is one of our most controversial numbers with respect to the internal dialog that takes place within the band. Some have voiced that it's their favourite Ruddy Ruckus song while others have claimed that it's the worst one in the catalog. Either way, it's a hilarious song about the trials, tribulations and epic adventures that one can have while out on the town having a few drinks and for that reason I love that it's out there as a part of our expanded cinematic universe.

I came up with the chorus riff and I thought there was something to that classic rock inspired swagger, but I had a hard time contextualizing it into a song. I brought it to the band, and we came up with a bridge that's very similar to what is on the recording, but the verses and choruses were very different. We had long arguments about where the song should go and after a few weeks things really started to take tangible form.

We usually get together in Pat's, our drummer, basement and his dad has a neon sign featuring the Sam Adams brewery hanging on the wall. We were asking each other what the song should be called and when I looked at the sign, I had a feeling like I was hearing the voice of God emanating from the glow. I said "We should call it Boston Lager!" and everyone thought I was kidding, which I kind of was. We toyed with some other titles over the next few months and really deeply considered changing it when we were in pre-production with Luke Bentham who produced the track. It was Luke that said, "I've never heard a song called Boston Lager before." and we felt that the uniqueness of the track title was something desirable and would help us stand out from the crowd.

With respect to the lyrics, they kind of came out naturally, inspired by some of my own evenings of mayhem and destruction. On New Year's Eve a few years ago, I ended up on the roof of the club that me and my friends were out at in Montreal. I don't remember much other than being tossed out of the venue, stumbling back to the hotel room and having a two-hour long shower. The next morning was unbearable but the story is really funny to tell because it's such a relatable experience especially when you're young, dumb and figuring out what your limitations and boundaries are. Maybe not everyone has ended up on a roof, but almost everyone has done some ecstasy inducing activities over the course of their lives.

Musically, I think the key change in the bridge and the ending on that open stringed major chord when it's supposed to be minor definitely reflects nights like these, the kind where you never really know where you know where you're going to start but you don't know where you're going to end up. Life is short, and sometimes we inhibit ourselves to save a few bucks or to fend off any feelings of social anxiety. When we do get those opportunities to loosen up it's a lot easier to enjoy things and be more present. You just have to be careful not to take things too far!

Singled Out: The Ruddy Ruckus' Bloodbath

The Ruddy Ruckus Music and Merch