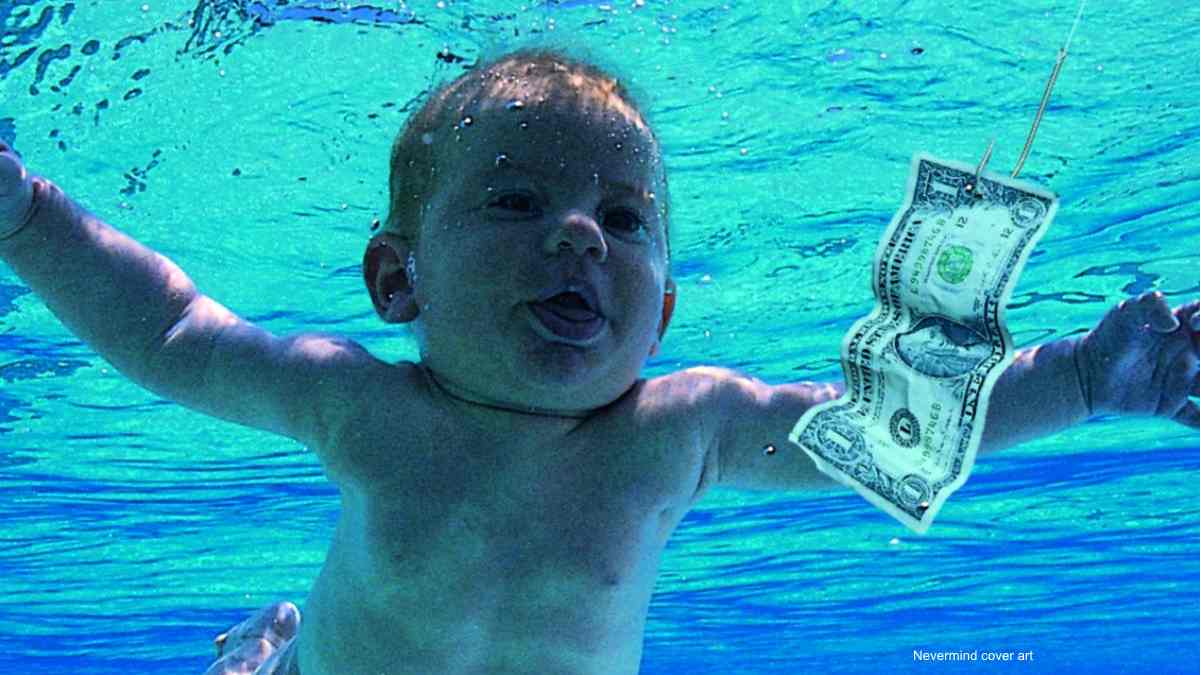 (hennemusic) The man who was photographed as a baby on the album cover for Nirvana's 1991 album, "Nevermind", is suing the band over allegations of child sexual exploitation.

According to the BBC, 30-year-old Spencer Elden is claiming that the nude image of him as a four-month-old in swimming pool constitutes child pornography.

"The images exposed Spencer's intimate body part and lasciviously displayed Spencer's genitals from the time he was an infant to the present day," legal papers filed in California claim, and that he "has suffered and will continue to suffer lifelong damages" as a result of the artwork, including "extreme and permanent emotional distress."

Elden alleges his "true identity and legal name are forever tied to the commercial sexual exploitation he experienced as a minor which has been distributed and sold worldwide from the time he was a baby to the present day."

Non-sexualized photos of infants are generally not considered child pornography under US law.

Among the allegations outlined in the lawsuit are claims that the family was not compensated for the photo shoot; that his parents never signed a release authorizing the use of his image on the album; and, that the band failed to deliver on a promise to cover Elden's genitals with a sticker.

Elden's suit seeks damages of at least $150,000 from each of the 15 named defendants, who include surviving band members Dave Grohl and Krist Novoselic; the managers of Kurt Cobain's estate; Cobain's former wife Courtney Love; and Weddle. Read further details here.