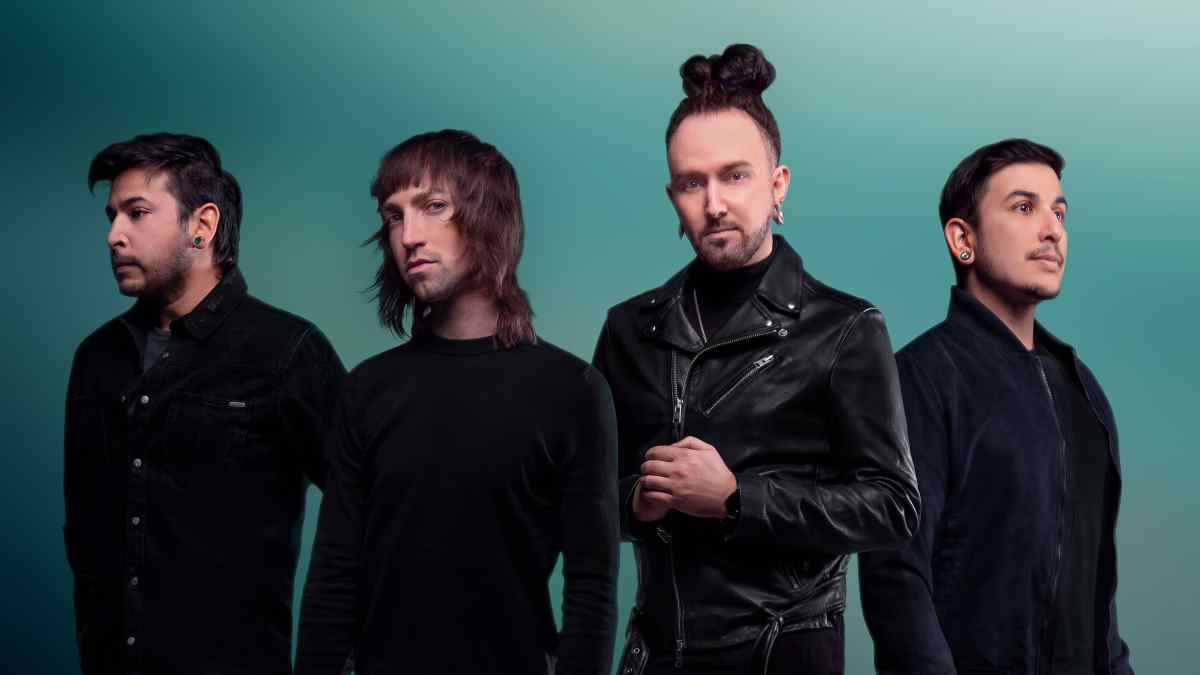 Foxera recently released a new single called "Picture Perfect," which is their first track to feature new vocalist Michael Swank and to celebrate we asked the frontman to tell us about the track. Here is the story:

I had no idea what to expect when we walked into Pete Adams’ house in Santa Monica, CA. The rest of the band had worked with Pete previously on the first round of instrumental recordings that Foxera used to audition potential vocalists. They had developed a strong friendship years ago, and once Pete found out that Foxera had found a vocalist to complete the lineup, he was excited to help the band out in any way that he could. Within a few weeks, I flew out to meet the rest of the band in California, and work with Pete for the first time.

“Picture Perfect” was the first completed demo we had. Julian and I had a lot of intense initial zoom writing sessions leading up to the trip that focused on the developing the band’s collective vision of writing catchy vocals over complex instrumentals. The goal was to write standout vocal melodies over already recorded instrumentals that would strengthen and simplify the song’s unconventional structure. A lot of the melodies were pulled from voice memos or created from hours of experimentation. All of the guys would come into the zoom writing sessions as things moved along with input and every little thing would get discussed.

When we brought this demo to Pete, he took the song to the next level. The chorus of the original demo actually started a whole measure later than the final version, and we have him to thank for that. That seemingly small adjustment made a world of difference, and drastically changed the feel of the song for the better. Changes like this normally trigger ‘demo-itis’ in most bands - a condition in which the band does not want to deviate from the initial vision of the song - but this was not the case here.

One of my favorite parts of this song happened in the same session, completely by accident. The prechorus section has little bits of hard tuning sprinkled in, emphasizing the words ‘picture perfect’ and ‘fictitious purpose.’ While working at Pete’s house prior to hitting the studio, we were tracking ideas, and on a specific track, the retune speed was accidentally set to zero. This creates the infamous ‘T-Pain’ effect that you hear across many forms of music these days. Upon listening back, I instantly knew that this had to stay in the song. The effect works so well with highlighting the themes of “Picture Perfect,” such as making our lives seem too good to be true online. I think Pete is truly an ear candy wizard, and it shows with his vocal production.

The entire time I was in the vocal booth, Pete and I were joking nonstop. We seemed to have the same dumb sense of humor and energy that had everyone laughing from start to finish. Ultimately, this type of vibe in the studio creates an amazing sense of comfort and ease that truly translates in the final recording. There was not a second that I felt any type of stress, even with the limited time we had available to work. Julian, Erick and I were staying up all night in hotels and spending our days in Starbucks writing the lyrics and sending them to Michael back in AZ for review and feedback. We knew we had to knock the song out in one trip, we even blew several hours past the studio time we originally booked finalizing everything. Within two days we walked out with the first completed track.

One day, we’re gonna be on tour playing “Picture Perfect” and I’m gonna see Pete side stage, hammered drunk, and I’m so excited to tell security that “I have no idea who this man is. Get him out of here.” With love though, of course.