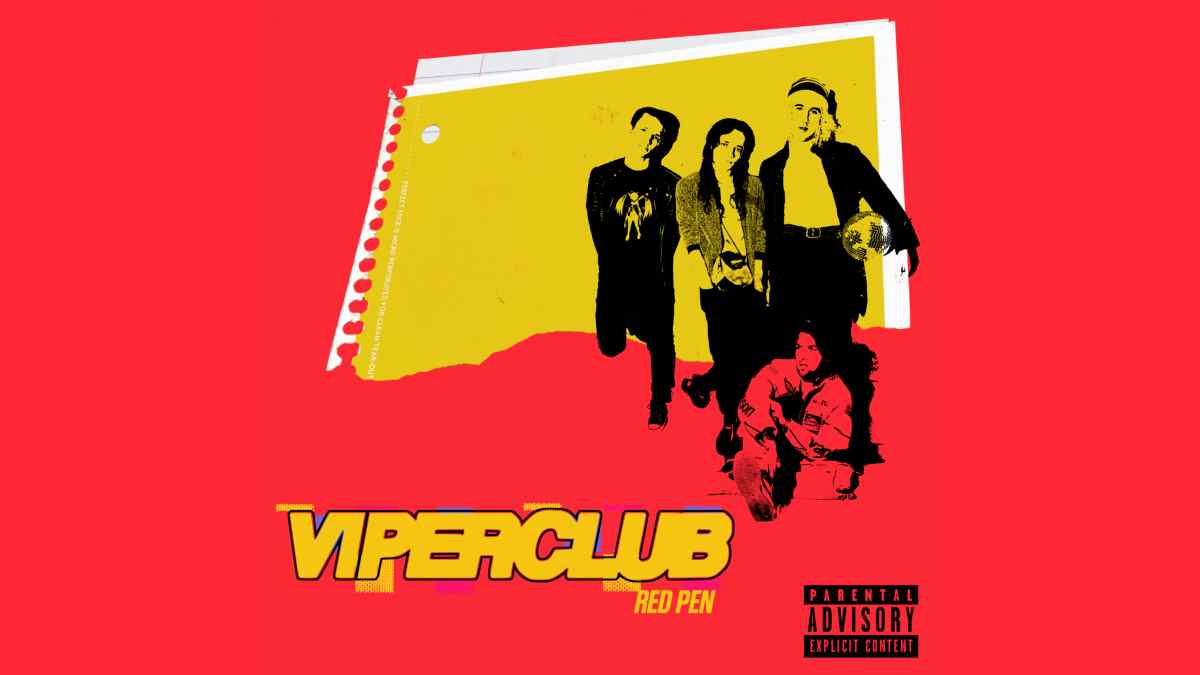 Phoenix rockers Viper Club recently release their new single and video called "Red Pen" and to celebrate we asked frontman Jack Vanderpol to tell us about the track. Here is the story:

I wrote "Red Pen" completely hungover after having a drunken conversation with a complete stranger at a bar the night before. The guy had told me about the "Red Pen Effect," which I had never heard of before. It fascinated me that research had been done on the negative effects teachers grading papers in red ink had on the psyches of students. I found it troubling that seeing school work graded in red made kids actually feel bad about themselves.

The conversation stuck with me the next day and red pens kind of became a metaphor for the judgement we feel in general. I tried to allude to that conversation in the song and add lyrical elements that touch on alcohol being a "red pen" of sorts as well. It can color your perception of yourself and have a negative impact if taken to an extreme. I fell down a bit of a rabbit hole and the song became more of a stream of consciousness than about any concrete topic or event.

When we were writing the instrumentation for the song, we wanted it to sound like someone took a cassette tape of the Huey Lewis and the News song, "Hip to be Square," and left it in a hot car until it was slightly melted and warped. We always try to push the boundaries of what most people would consider to be mainstream rock and roll. Ultimately, "Red Pen" was created with the goal of getting people to dance and shake off any insecurities or feelings of judgement.