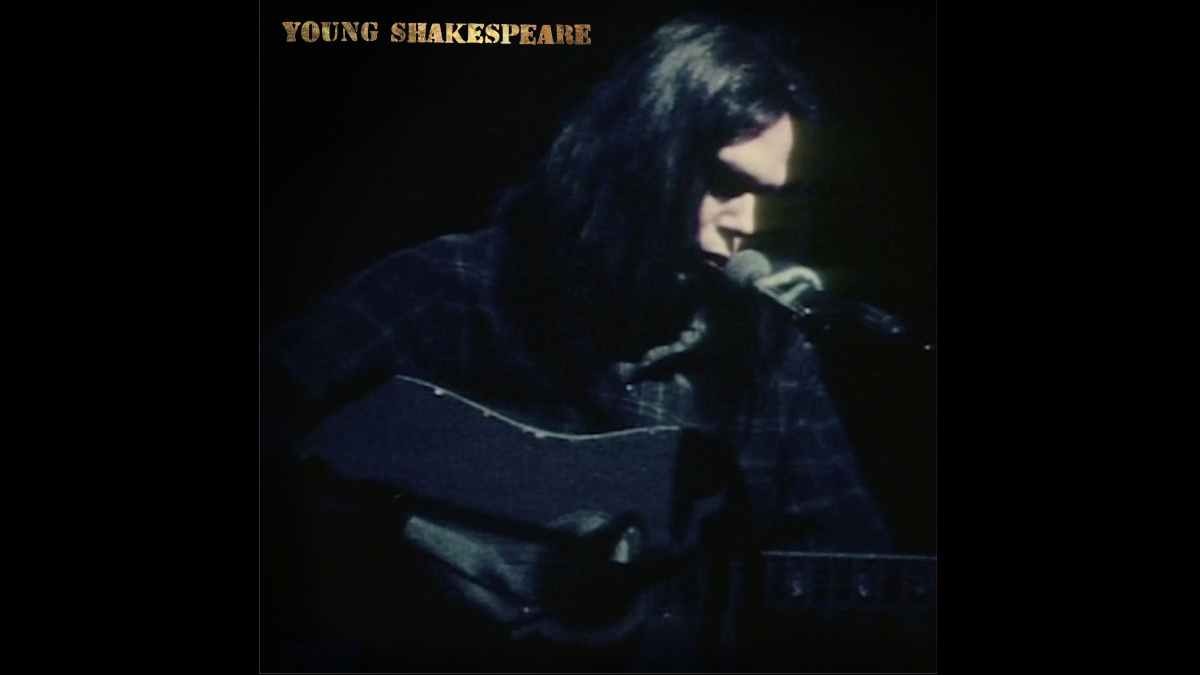 (hennemusic) Neil Young will release a vintage 1971 solo concert recording and film next month. Due March 26, "Young Shakespeare" captures Young in performance the Shakespeare Theater in Stratford, CT, which the singer has previously confirmed is "the earliest known film of any of my performances."

Coming just two months after the release of Young's seminal "After The Gold Rush" album and three days after a legendary show at Toronto's Massey Hall (released officially in 2007), the concert was recorded for presentation on German TV later that year but was not publicly available until now.

The original 50 year-old analog tapes have been restored, making available early acoustic recordings of two "After The Gold Rush" songs, a number of "Harvest" tunes a year before they would be released, and fan favorites.

Young describes the project as "a more calm performance, without the celebratory atmosphere of Massey Hall, captured live on 16mm. Young Shakespeare is a very special event. To my fans, I say this is the best ever...one of the most pure-sounding acoustic performances we have in the Archive."

A Deluxe Box Set Edition will include vinyl, CD, and the DVD, while fans who purchase the CD, LP or Box set from the NYA Greedy Hand Store will also receive free hi-res digital audio downloads from the Xstream Store at NYA.

"Young Shakespeare" is being previewed with a video trailer and footage of "Tell Me Why." Watch them here.