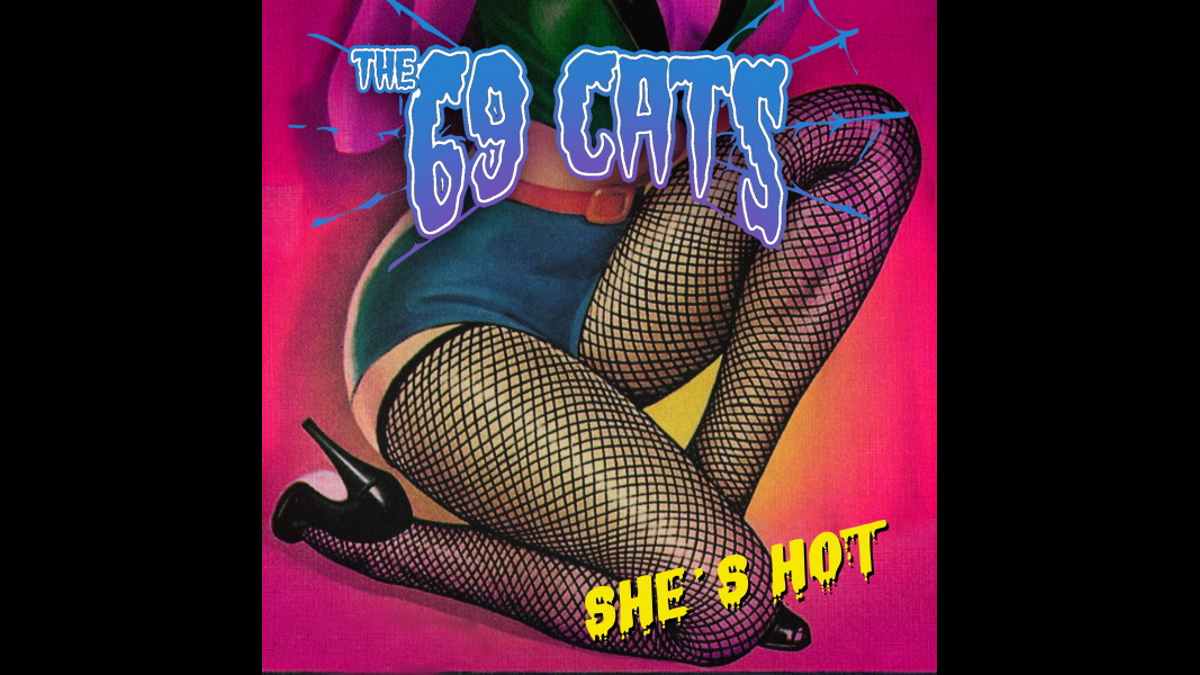 The 69 Cats have released a music video for their brand new single "She's Hot". The track comes from the Gothabilly Supergroup's forthcoming studio album.

The record will be entitled "Seven Year Itch" and will be released by Cleopatra Records on April 16th. "She's Hot" is the second single from the album, following the cover Post Malone's "Hollywood's Bleeding".

Jyrki had this to say about the new album, "This is real rock'n'roll - you can hear all four cats' unique musicianship very clearly and their recognizable styles rocking together. That's what we do!"

Harvey added, "I'm so proud of this album Jyrki and I made. In all my years, I've never recorded an album that came together so easily. It's the kind of album you all will love to death! I can't wait to share it with the world."

Harvey also said of the new video featuring Marie Devilreux, "When I wrote 'She's Hot,' I didn't have any particular woman in mind but after seeing Marie Devilreux perform in our new video, it's obvious I was channeling her spirit and energy all along!" Watch the video below: