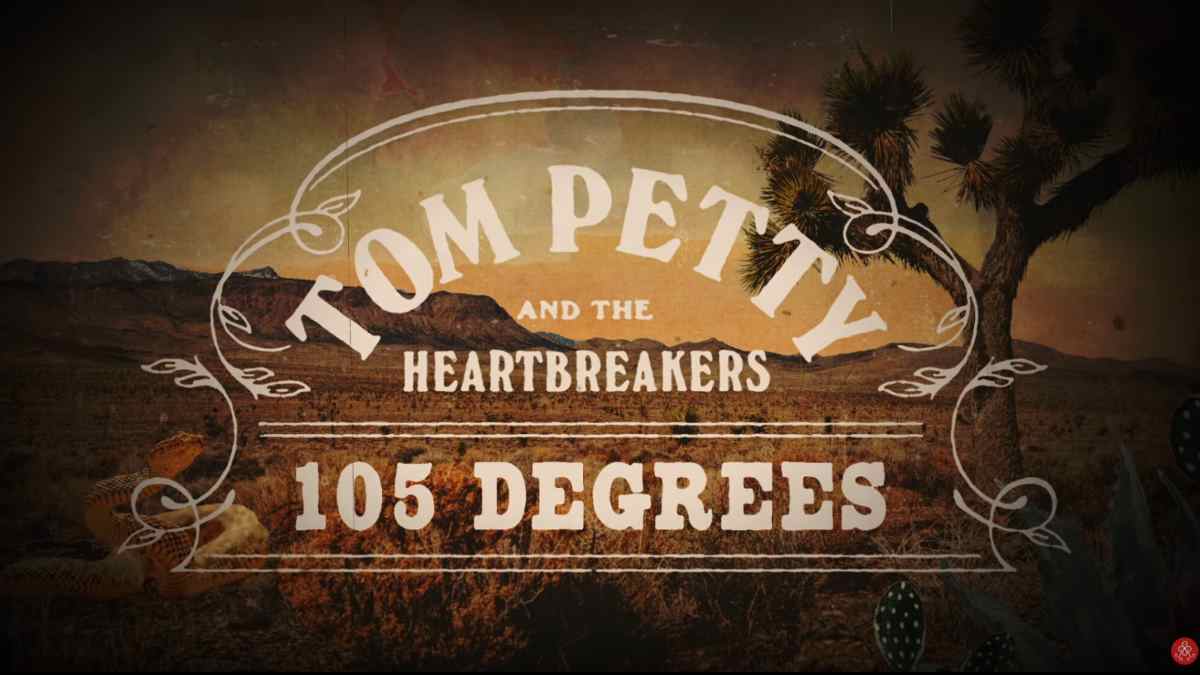 (hennemusic) Tom Petty's team are streaming a lyric video for the previously-unreleased track, "105 Degrees", from the newly-available "reimagined" 25th anniversary edition of his 1996 soundtrack album, "Songs And Music From The Motion Picture "She's The One."

The tune is one of four previously-unheard songs - alongside "One Of Life's Little Mysteries" (written by Tom), "Thirteen Days" (JJ Cale cover) and the instrumental "French Disconnection" - featured on the July 2 package, which has been remixed and remastered and designed as a Tom Petty & The Heartbreakers album rather than a film soundtrack.

Retitled "Angel Dream (Songs and Music from the Motion Picture 'She's The One')", the original version served as the soundtrack to the 1996 romantic comedy starring Jennifer Aniston and Cameron Diaz.

"These songs are extremely special," said Dana Petty in a statement. "I am grateful this record is getting the recognition it deserves. The remix Ryan Ulyate did sounds amazing, and the unreleased gems are a lovely bonus. Annakim, Adria, and I took a lot of time finding artwork that reflects the mood of the album. I think we finally achieved that with Alia Penner's work. It is surreal and beautiful, just like life during that time."

Petty passed away in October of 2017 at the age of 66 in a Santa Monica, CA hospital after being found unconscious and in cardiac arrest at his Malibu home. Stream the song here.