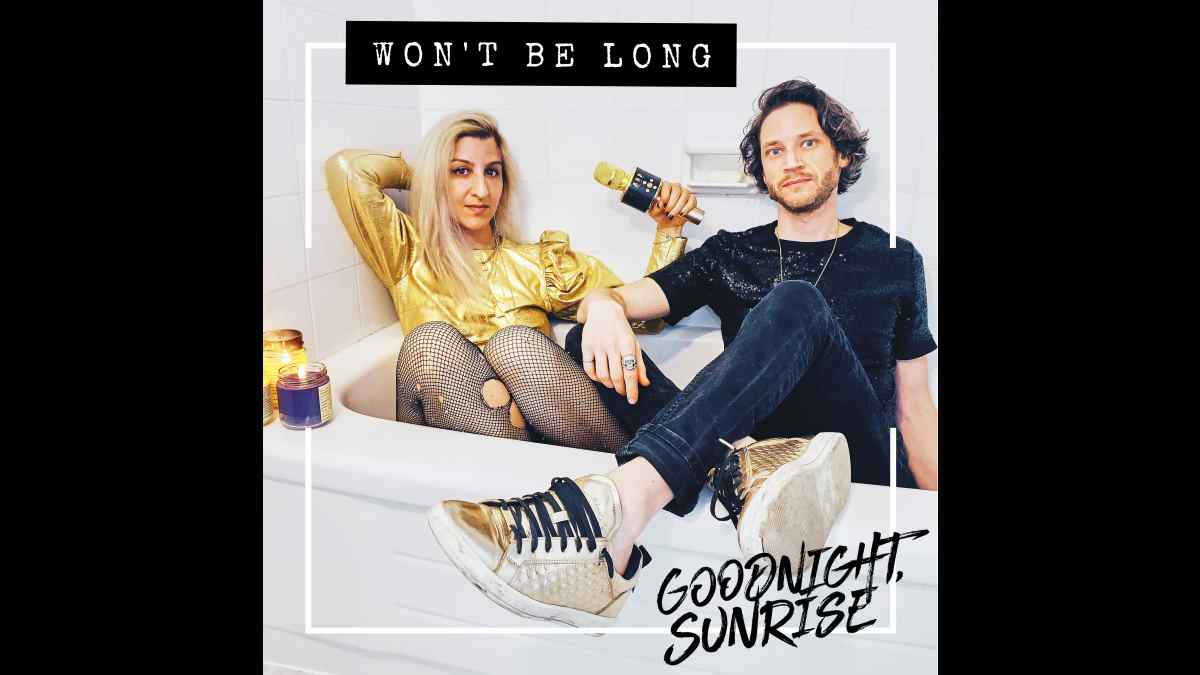 Goodnight, Sunrise recently released their latest single "Won't Be Long" to mark their 10th anniversary and to celebrate we asked them to tell us about the track. Here is the story:

It's crazy to think that when we initially wrote Won't Be Long in January 2020, it had an entirely different meaning than it does today. At the time, we were looking ahead towards our 10-year anniversary as a band and reflecting both on how far we'd come and how much further we still dreamed of going. It was basically a song about how much we love making and performing music and how we couldn't wait to see what further adventures laid ahead for our band. Yet a few months later ... adventures stopped indefinitely and we had no choice but to wait. So the simple phrase "Won't Be Long" became for us an even more hopeful prayer, and only now, a year and half later, does it feel like there's a true glimmer of that hope for us all to get back to celebrating music together.

But back before the pandemic was itself just a glimmer in the world's eye, we were nearing the end of a 10-day writing retreat when the song came to us, and much like everything else that comes with being in a band it was through a mix of joy and conflict. We had been feeling stuck with a case of writer's block, so the previous evening we had devised a specific plan for the day. David picked up his guitar in the morning though, and randomly started strumming the intro riff while Vanessa was talking (a very annoying habit of his) and became convinced there was a song there, so he said "just give me 15 minutes to demo this quick and we'll start the schedule for the day". 3 hours later, Vanessa was (understandably) furious with him. David apologized, and gave Vanessa the resulting instrumental demo to try to write lyrics to. She went into another room, and emerged an hour later with handwritten lyrics and a recording of her singing over the demo, saying "I wrote something but it sucks". David listened and said "How did you write the absolute perfect song for this in an hour?!", and, after a few lyrical tweaks, thus concluded both the most frustrating and efficient songwriting process we've ever had!

Just as the meaning of the song changed since we first wrote it, the recording process for Won't Be Long dramatically adapted to the world around us. We started in 2020 with recording bassist Duncan Coutts and drummer Jason Pierce (rhythm section of Our Lady Peace) in a bizarre top-of-the-line studio called Hapy Hipi in the middle of a rural cornfield surrounded by a bazillion dollars worth of vintage cars, and ended in our makeshift home studio recording final vocals under a blanket-fort with our producer Brian Moncarz guiding us over Zoom during the latest lockdown. The finished version for us reflects the rollercoaster that has been the last year and a half, and we are beyond excited for the day we get to debut it on stage.