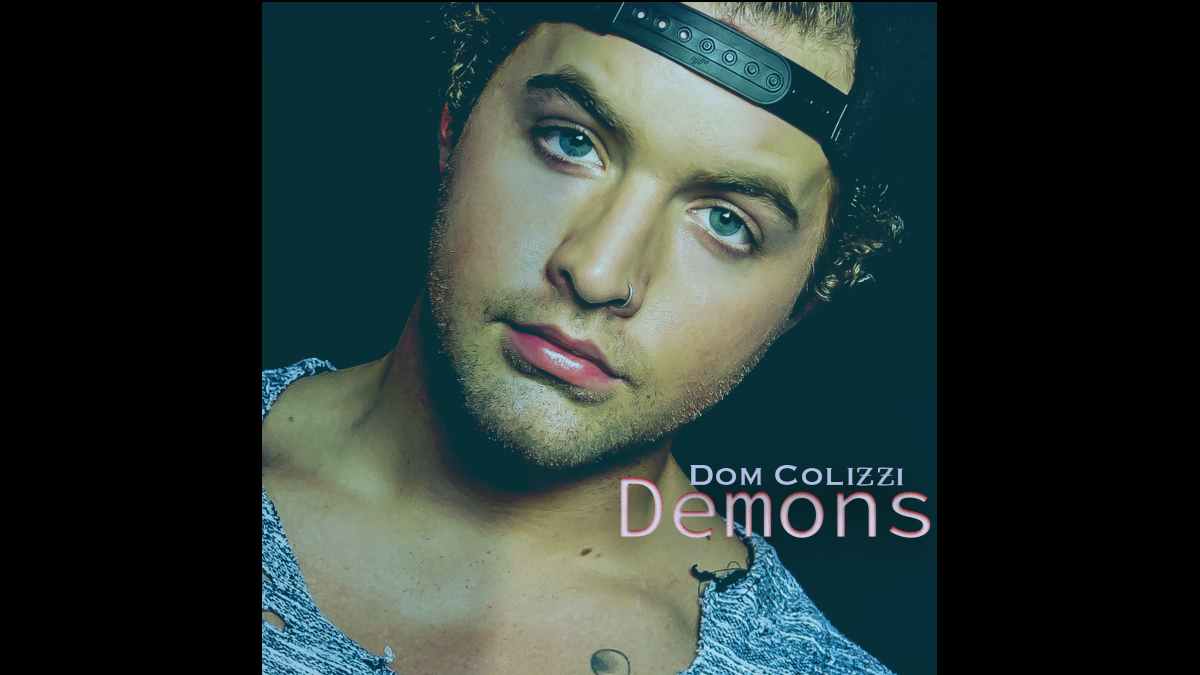 Dom Colizzi recently released a new single entitle "Demons" and to celebrate we have asked him to tell us about the track. Here is the story:

"Demons" is really the first single I've pushed as an Artist/Producer, especially with the Lo-Fi Pop/RnB sound structure. I feel that if an Artist can also produce their own songs, it's either extremely ballsy or stupid, since it's very hard to know which criticism to take, and which to push to the side. Music is so subjective, especially when it comes to genre specifics and sub-genres!

Idin Kain and I wrote "Demons" in my home studio in Nashville during quarantine, having no idea it would be one of my future singles. Idin is an Artist as well so we typically just knocked on each other's door with a song concept or melody and roll with it. It didn't matter if it was 7 AM over coffee or 1 AM when we are too wired to sleep. It's just our typical writing ritual. "Demons" was different though. Idin came into the studio with an acoustic guitar and started singing me this concept. His version was far more Indie-Acoustic, but I instantly heard this bowed low-end stand up bass, mixed with some Lo-Fi synths to keep it airy and haunting. I've been very intrigued by Fineas's production style mixed with Billie Eilish's somber lyrics and vocal style. That brother/sister duo creates a memorable experience for the listener. I wanted to do something out of my comfort zone and take a lyric like "Where do we go where demons won't follow?" and almost give it a happy beat to bob your head to. The verses are very reminiscent, with many references to time; "You're making my mind float, and my thoughts are in the past, picture perfect, was it worth it? Going through all of these photographs." I think it's tough and very vulnerable to go through a break up in the world we live in today, since social media is such a dominating force. It's the fact that this memory of your loved one is haunting you like a demon, whether it's a reminder at your home, a public place, or even seeing pictures of them out or with someone else. Idin and I really wanted to hone in on the raw emotions behind that vulnerability; the idea that I can't get you out of my head; I don't exactly know if I want us back together; where can I go where this memory of you doesn't haunt me any longer? The finished vocals you hear in the release are actually the same vocals I cut from the demo we did that day. It must've been a strong vocal day for me! Haha

Idin and I sent the demo around to a bunch of different Writers and Artists throughout Nashville to get a feel for artistic input, etc. NOBODY liked it. Actually, I think one Pop Producer liked it, but everyone else felt that the song was sub-par. I almost didn't finish the song, already being hesitant with self-producing and engineering it, as well as hearing negative reviews. In my opinion, if I trust my gut, positive things happen. My gut told me to put "Demons" out and bet on myself for once, rather than playing it safe. I'm very glad that I did that!

Hearing is believing. Now that you know the story behind the song, listen and watch for yourself below and learn more about Dom here