Singled Out: The Jenny Thing's Monsters Of Mercy 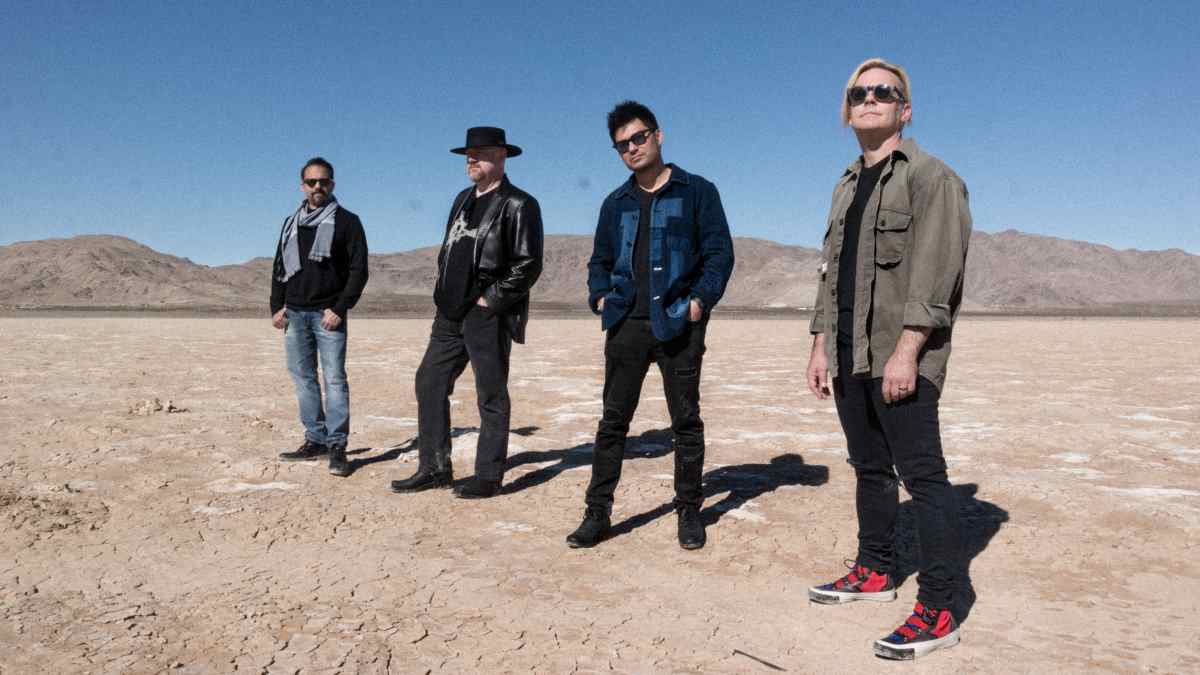 Berkeley, Ca retro-alternative rockers The Jenny Thing have returned with a new album called "American Canyon" and to celebrate we have asked Matt Easton to tell us about the song "Monsters Of Mercy". Here is the story:

"Monsters of Mercy" from our album American Canyon was always otherworldly and psychological, but it had to go through several twists and turns to make it the song it is today: fast, lean, deconstructed, and somehow both hectic and peaceful at once.

"Monsters" began its life at a much slower tempo, built around a sample I made of me and my friend Peter Hatch playing in a practice room. What I constructed around that cascading piano and bass loop was dubby and slow, akin to Massive Attack or Portishead, with eerie echoes on the vocal and a swelling, evolving synth.

Soon after, the lyrics for "Monsters" came to me, a vision of a fantastic world in which we are made up of the disembodied best and worst parts of ourselves and others, glued back together in a fragile and wonderful way. In this world, the body you inhabit might consist of the arm of a sinner, the leg of a saint, the heart of a god, and your own face but with mismatched eyes. And these disparate components are held together-barely, as though with duct tape and chewing gum-by the power of mercy.

The verses move through a kind of litany of condemnation and redemption, aimed varyingly at others and self. (I swear I'm a fun person.) I remember singing the first version into the onboard mic of a MacBook in a hotel room in Half Moon Bay, taking on a character voice and singing it with menacing judgment, much like a Disney villain would. And that became the working version of "Monsters of Mercy" for a couple of years.

What happened next really catapulted the song forward. When The Jenny Thing moved into actively developing the American Canyon project, I handed it over to my bandmate and songwriting partner Shyam Rao for a remix and got more than I bargained for. "Monsters of Mercy" received the most drastic-and, as it turns out, inspired-edit I could have ever imagined. Though Shyam maintained my vocal, when he returned with his take on it, every single instrument from the original had been removed, including the seemingly foundational piano loop, and the tempo was up. And it was not just a little faster; the song had been sped up by more than 50%.

The new blueprint for "Monsters" utterly transformed it. The vocal, now severely time-compressed, took on a slippery, whispery character, and there was a newly overdubbed guitar serving as a foil to it. The rhythms were tumbling and even chaotic, the action was carried mostly by synths, and the song had become both manic and atmospheric. Though it took some getting used to, it was quickly evident that "Monsters of Mercy" had traveled 10 years in a day, showing the power of drastic, even destructive change in a creative process.

And when it came time to track the final vocals for the record, we found the best way to recreate the ethereal character was to go through a process of slowing down, singing, and speeding up again, giving us the silvery, whispery vocal production on the version of "Monsters of Mercy" you hear today.