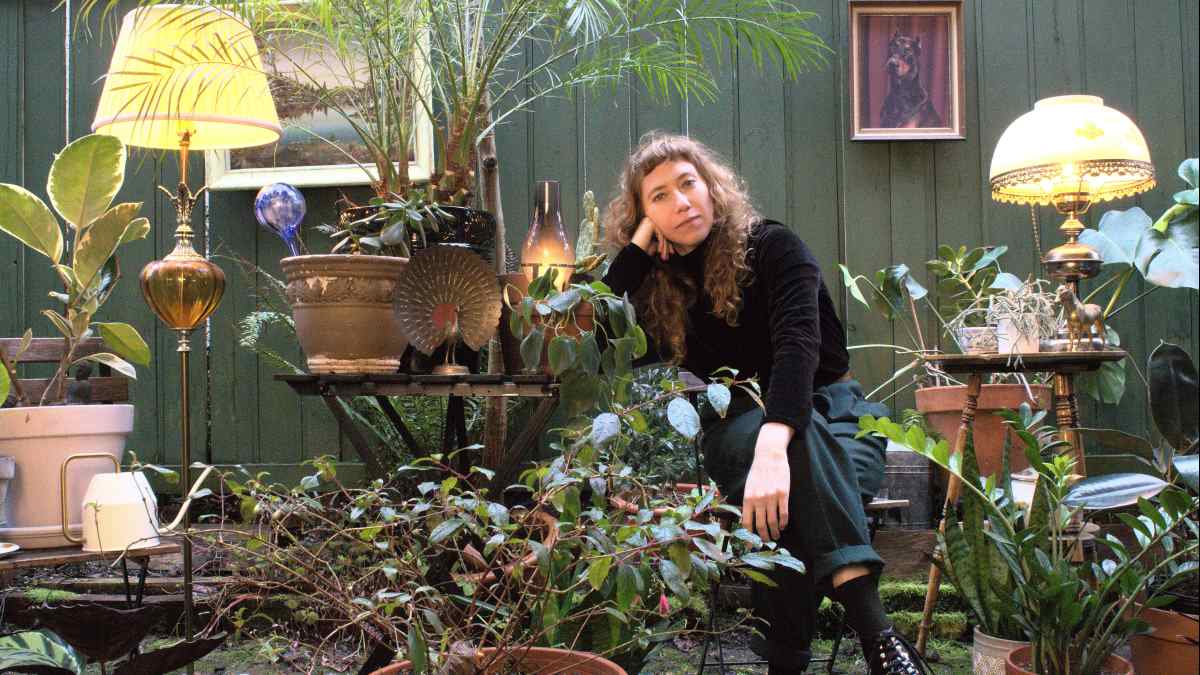 Dana Sipos just released her new album "The Astral Plane" and to celebrate we have asked her to tell us about the song "Greenbelt". Here is the story:

"Greenbelt" is one of those songs that surprised me... I feel like there is at least one on every album. It surprised me in the sense that I wrote it basically in one sitting (and it's a long one), almost in that rare "flow state," and although it felt like a good writing exercise, I thought it was too long for the album, not "radio friendly" enough. It's ended up being a strong contender for my favourite song (and I have reason to believe this is also the case for my producer, Sandro Perri!).

I wrote this song pretty early on in lockdown, March or April 2020. Having just landed in a new city (Victoria, BC) with an attempt to settle a wee bit after years of heavy touring (the pandemic made well sure of that), my mind kept going back to this notion of home, one I hadn't really had in a substantial way for a good while. It kept returning to my grandparents' chicken and fruit farm at the corner of Green Lane and Cherry Ave. in the greenbelt of southern Ontario, where I spent a good portion of my childhood. I had also been writing and thinking a lot about my grandmother's life, so that was a very natural landing place. "Greenbelt" really runs the gamut of exploring my childhood on the farm with my sisters and cousins: running wild in the forest behind the barns, dabbling in some old country black magic, marvelling at the wonders of life on a farm. The song also explores some of the more painful elements underneath the surface, including my grandparents' stories from the Holocaust (they are both survivors) and very complex family dynamics that accompany intergenerational trauma. It feels like the song that ties the album together.

Lastly, because "Greenbelt" is so long, we had to be especially thoughtful with the production, and I love the dynamics of how it turned out. It also features our two guest musicians on the album, and the contributions of both Lydia Persaud singing background vocals and Michael Davidson's magical vibraphone are two of my favourite elements of the song. It was also a song that just clicked with my incredible band (Nick Zubeck on guitar, Thomas Hammerton on piano, Mark McIntyre on bass, Blake Howard on percussion, Sandro Perri on synth). I didn't set out with this intention, but it also feels like a bit of an ode to one of my ultimate musical inspirations, Joni Mitchell (I borrowed a line from "You Turn Me On I'm A Radio").