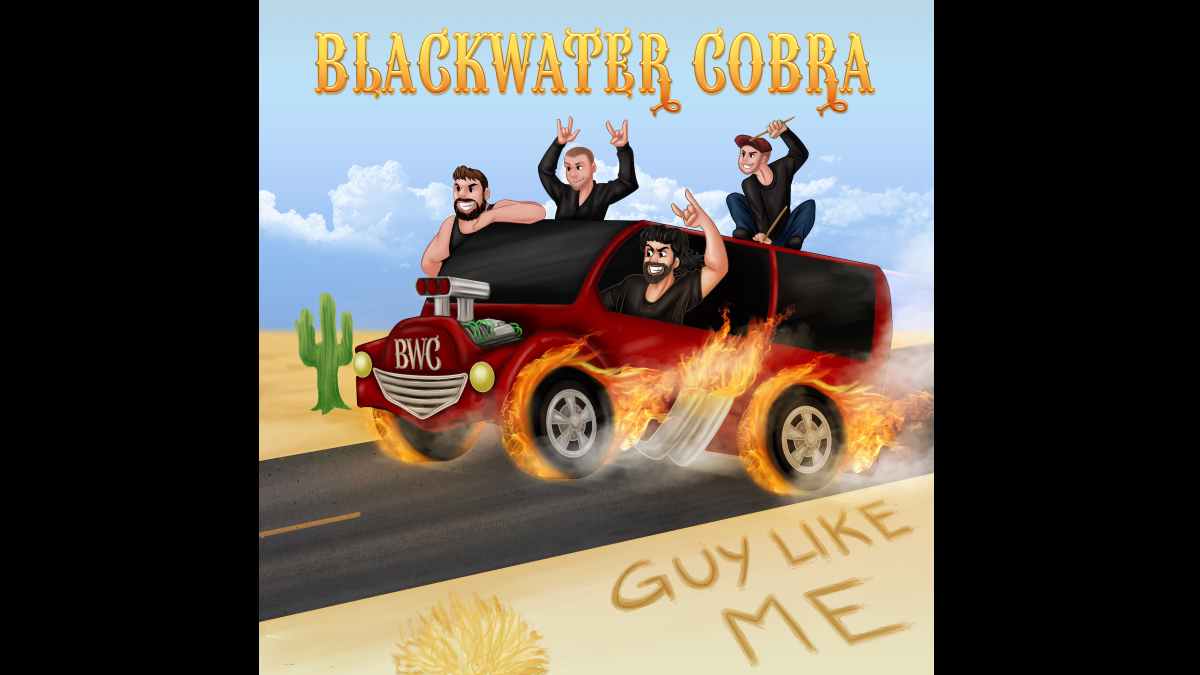 Country rock meets 70s arena rockers BlackWater Cobra recently released their debut single "Guy Like Me" and to celebrate we have asked guitarist Eddie Savage to tell us about the track. Here is the story:

I wrote "Guy Like Me" over the course of a weekend. After a hectic work week, I pulled into the driveway, walked into the house, dropped my work sh*t down, grabbed a bottle of whiskey and made myself a drink. I went and sat down in the living room, lit up and a cigarette and turned the tunes on. I sat there thinking to myself; "damn do I ever hate this bullsh*t job, I wish I was spending my life on tour, on a bus, playing music with a kickass band. I grabbed an acoustic guitar off the wall and the song basically wrote itself.

By Monday morning I had made a half ass demo of the tune and sent it to the band.....waiting eagerly to get a response wondering if it was going to be "oh thats a cool song" or "Ed how much did you have drink before you wrote this?! Shelf the song!" ...

Luckily.. they loved it. Within weeks we had worked it out at band practice and took it into the studio to capture it! We spent a weekend at Genesis Sound in Toronto trying to stay focused but having a hell of a time doing it! We were happy with the product we had by the end of the weekend and we hope you like it too!

So go light your smoke, pour up a strong one and check out "Guy Like Me" now!