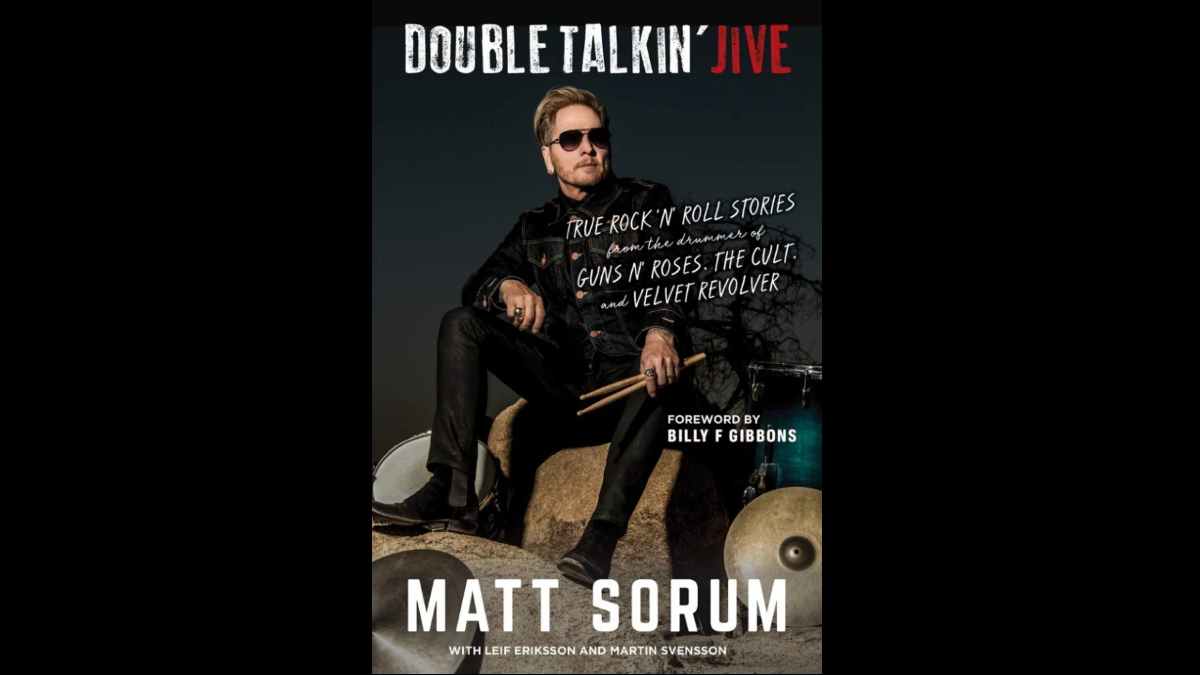 Rare Bird Books was originally set to release the book, which was penned by Sorum, along with Leif Eriksson and Martin Svensson, on April 7th, but they have moved the release to September 7th due to delays caused by the Covid-19 pandemic.

Here is the synopsis: In "Double Talkin' Jive", Sorum takes music lovers behind the scenes of a remarkable life in rock. Sorum, whose albums have sold tens of millions of copies around the world, provides an honest, engaging account of the highs and lows of superstardom. Sorum recounts his childhood years idolizing Ringo Starr and surviving an abusive stepfather. After leaving high school, Sorum sold pot to get by. Over time, his drug dealing escalated to smuggling large quantities of cocaine, a career that came to a halt following a dramatic shoot-out. Sorum fled his old life and settled in Hollywood, where he'd enjoy a rapid ascension to rock 'n' roll immortality. He caught his big break drumming for The Cult, and only a year later was invited to join Guns N' Roses, with whom he'd record two of rock's most iconic albums: "Use Your Illusion I" and "Use Your Illusion II".

Sorum opens up with forthright honesty, sharing anecdotes from his time touring the globe, battling drug and alcohol addiction, and navigating volatile relationships with Axl Rose, Slash and the rest of the GN'R team. His career with THE Cult, Guns N' Roses, Velvet Revolver, Motorhead, the Hollywood Vampires and Kings Of Chaos co-stars an ensemble of rock royalty, from Gene Simmons and Billy Idol to Steven Tyler and Alice Cooper.