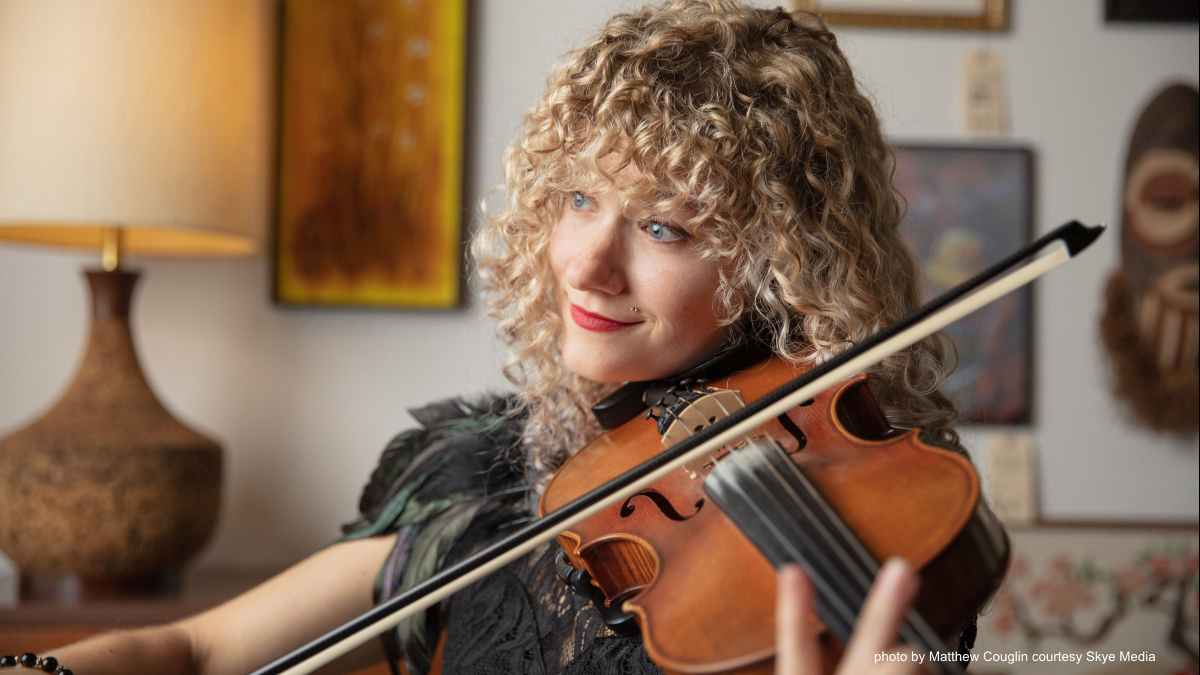 Melody Duncan released her new album "Wolf Song" today and to celebrate we have asked her to tell us the story behind the album's title track. Here is the story:

I was playing music with real live wolves, and that's how this song came about. A few years ago, I was touring with my band at the time, The Mulligan Brothers, in Westcliffe, CO. On our day off, our host, "Uncle Bob," took us to a wolf sanctuary (Mission: Wolf). I brought my violin along hoping to serenade the wolves. I was entranced from the moment we arrived. The rescued wolves have large, open spaces to live freely in the mountains while still being cared for by the volunteer staff. We met the co-founder, Kent Weber, who gave us a tour and also gave me permission to play music for the wolves.

We slowly entered one of the large enclosures, taking note of where the beautiful animals were resting. It was so quiet when we entered, and we could only see a couple of wolves from where we were standing. We feared disturbing them, but I began playing lilting/soothing music that I hoped the wolves might like. At first they just listened, but to our delight and awe, one by one the wolves began to howl with me! There were dozens of them. They were singing to the sound of solo violin. It was incredible. The clear, haunting sound filled the air all around us. It was a chorus of wolves stretched out over miles of mountainous grounds brought together by one song.

I've returned to that memory many times over the past few years, thinking about the song the wolves gave that day. There were no words spoken, but there seemed to be so much said. The experience felt like a clearing of emotion, an expression of something repressed. It felt like a conversation that said everything important, and still uplifted the soul without burden. That experience inspired the chorus of "Wolf Song": "take me to Westcliffe, where the wolf sings its song." I love that the beautiful howls stretched across several voices and miles, yet it all started with one violin. That's what I want my music to do -- bring us together through song.