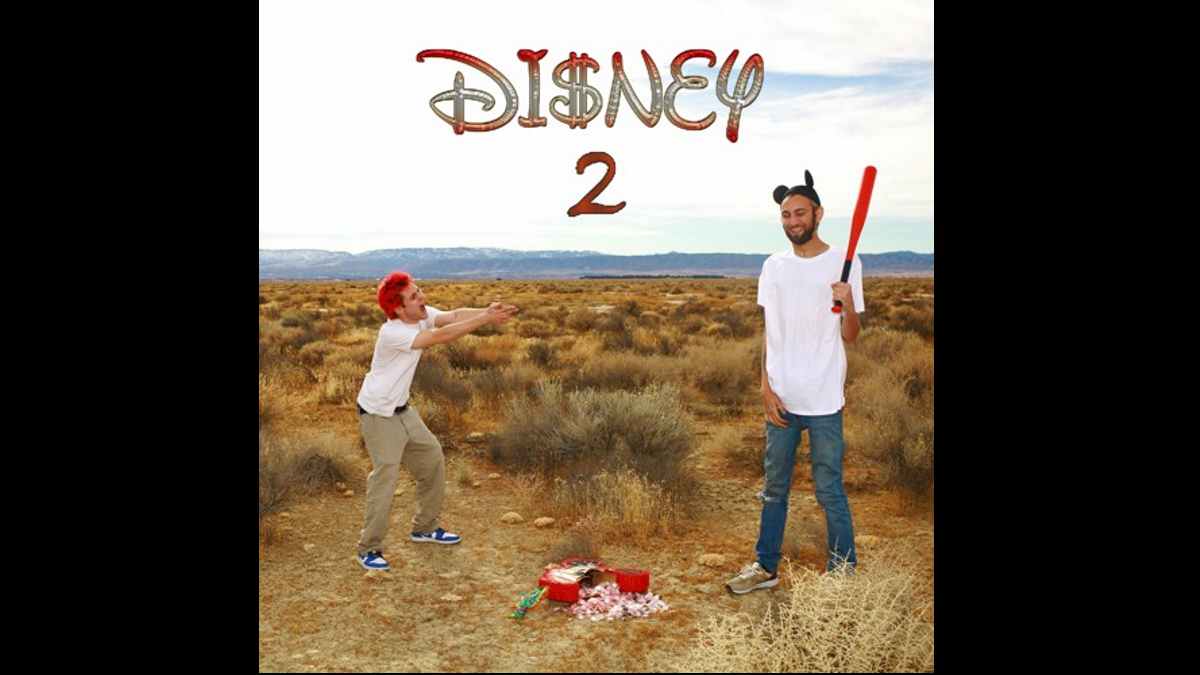 Delivery Boys recently released their concept album "DI$NEY 2" and to celebrate we asked Max Gertler to tell us about the track "Dead Man Tell No Tales". Here is the story:

Dead Man Tell No Tales was one of those songs that just wrote itself. Me, Jamie (Goldwood) and Greg (YGB) all went to Disney Land about two years back, with the goal of building up some inspiration for our new project. Jamie took acid so when we got back he was super conked but I sat down and immediately started working while he napped. At the time, we were crashing at our homie Tim's house in Eagle Rock while he was on tour, and me, Jamie and our producer Jakob (NOTRUST) were all squeezing in his one bedroom apartment. We had just made the move from Brooklyn out to Los Angeles, and it really felt as though the magic was getting resparked in terms of how creating music felt. My songwriting process is usually a pretty specific path- I start by picking a beat that I think could fit well with my voice. Once I've done that, I'll record about five minutes of melodies with gibberish instead of actual words- once I find something I like I'll go line by line and put words to it. This experience was way different, and as I went out to smoke a cigarette I found myself just writing words down. It came out as an insanely continuous flow, and I was writing words down faster than I could process what I was saying. I knew that what I was writing felt like the start of something, and I think in the back of my head I always knew it would be the intro to the album. To me, it seemed like my way of turning to words into the feeling of your last chance. I felt like I was thrown into the real world, on my own, and this was make or break in terms of becoming someone as an artist. When I wrote "And if it so happens that we go, through the uncharted we'll be known" it felt almost like there was this portal we had to cross in order to feel validation. When I said "ain't no adventure without you, ain't no stories getting told", that was me talking to Jamie. I was basically trying to articulate that without him this whole musical journey wouldn't feel the same. It wouldn't feel complete.