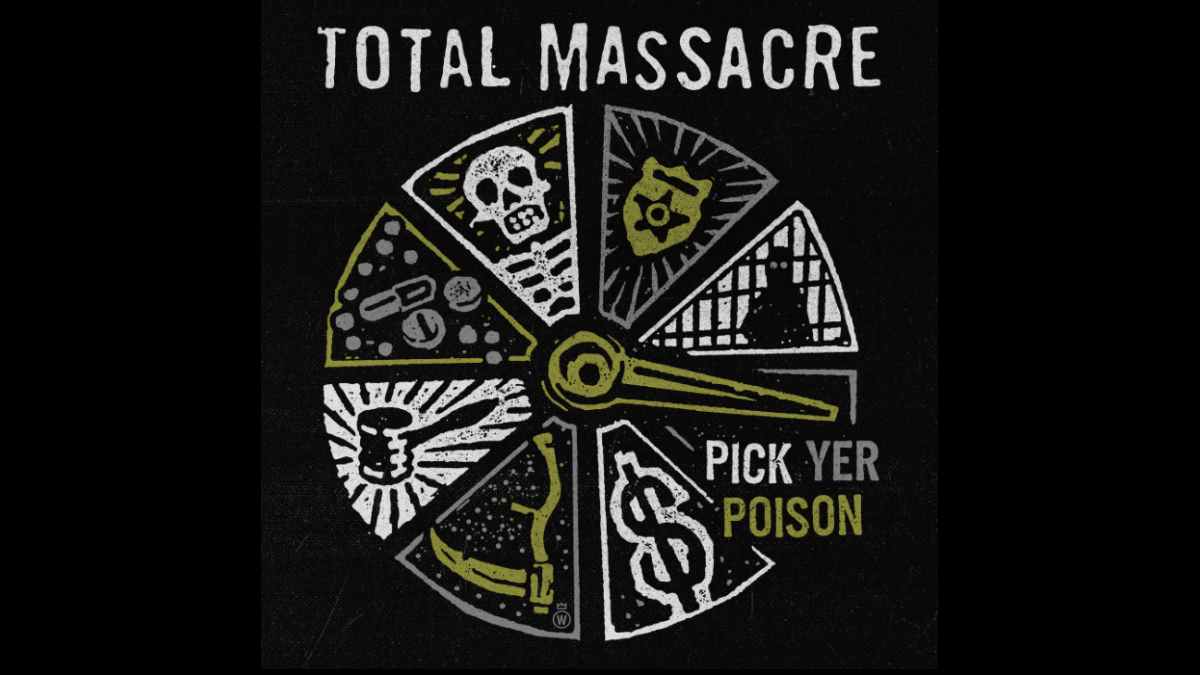 Los Angeles hardcore thrashers Total Massacre have released a lyric video for their brand new single "Pick Yer Poison", which is the latest in a series of singles that the band is releasing in the first half of this year.

Vocalist Cap'n No Fun had this to say, "True story: one of many weird jobs I've had in my life was working the night-shift at a vitamin factory. So the pills arrive in these massive burlap sacks, get hoisted up by a little crane, and then a worker splits the bag open over a big conveyor belt.

That conveyor belt then sends half the pills down one line to be packaged into the name brand bottles, and the other half into the store brand bottles that cost about half as much.

"Now I know it's only an anecdote, but that always stuck with me, and I'm pretty sure that's how like 90% of our economy works. If the choices we made meant anything, they wouldn't give them to us." Watch the lyric video below: