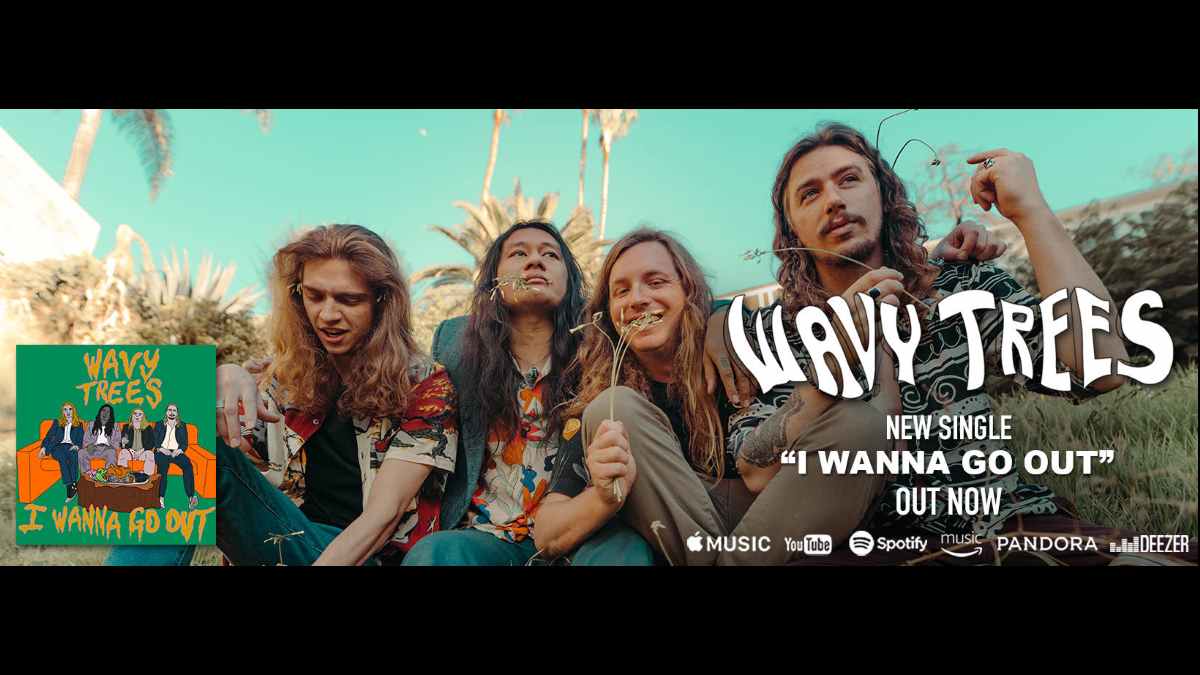 Los Angeles based Wavy Trees have released a single and music video called "I Wanna Go Out", which is the first music to be released by Jay Baumgardner's new label NRG Recordings.

Baumgardner, who is know for his work with Seether, Bush, Papa Roach, Lacuna Coil, Otherwise, produced the song. Zack "Moondog" Smith had this to say about the track, "Originally the song was titled 'Don't Wanna Go Out' - but it made no sense after the pandemic hit so we changed the chorus lyric & then it made perfect sense.

We are basically just talking about the frustration of being stuck inside our own cages... And stuck in our heads - the thoughts that hold us back from our full potential as humans.

"Sometimes the only thing holding us back are on own selves, and we need to shake that loose and just go for it. The song also alludes to the first time of getting high & just the chaotic things that we all go through when we're young".

He said of the video, "The 'I Wanna Go Out' video shoot was a blast! We came up with all the ideas a few days prior & sent them to our Director Ron Geffen of Rockland Studios.

"The meaning behind the video is on the surface, we all put on the front that we are OK with staying inside & are keeping the real version of ourselves locked in the basement. So basically, it's our real selves trying to break out into the world but we our also just keeping ourselves trapped within.

"The video was filmed at Jason's house in East LA - and Ron really captured the essence of the song. We secretly thought the video made no sense at all but it ended up turning out great & we are stoked on it - Hope y'all enjoy!" Watch the new video below: