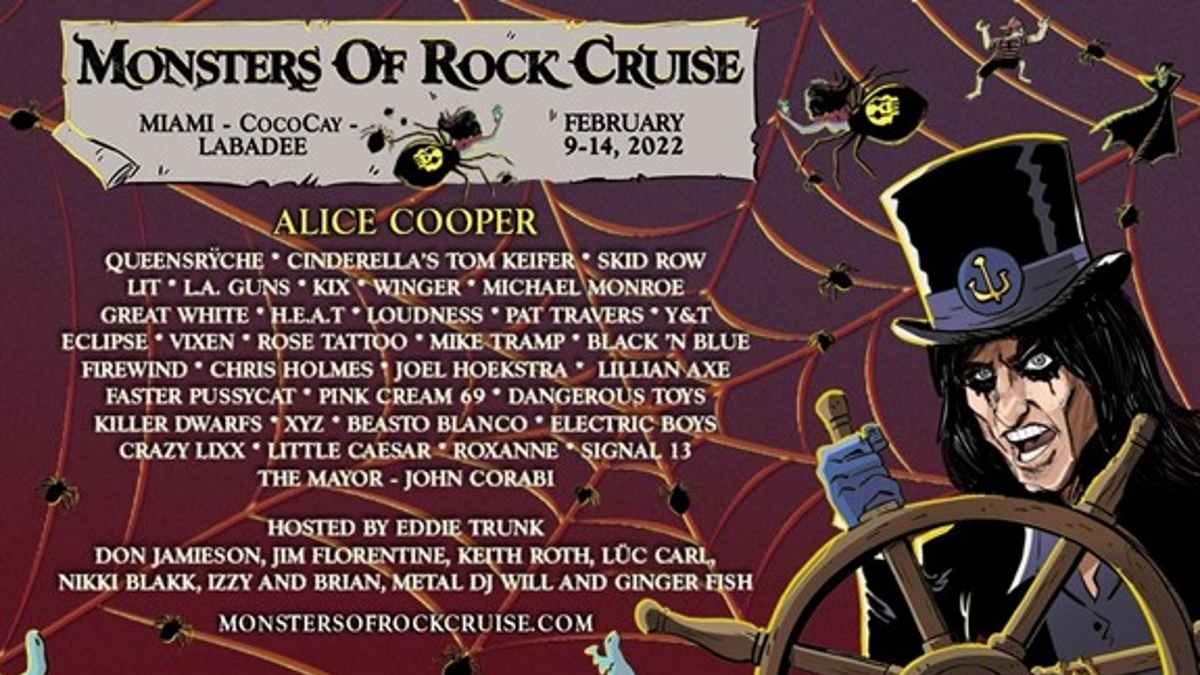 Alice Cooper has been named as the headliner for the 2022 Monsters of Rock Cruise, which is returning next year and celebrating their 10th anniversary.

The cruise will set sail from Miami, Florida on February 9th aboard the Royal Caribbean's Freedom of the Seas. It will visit two ports (CocoCay, Bahamas and Labadee, Haiti), before returning on February 14th.