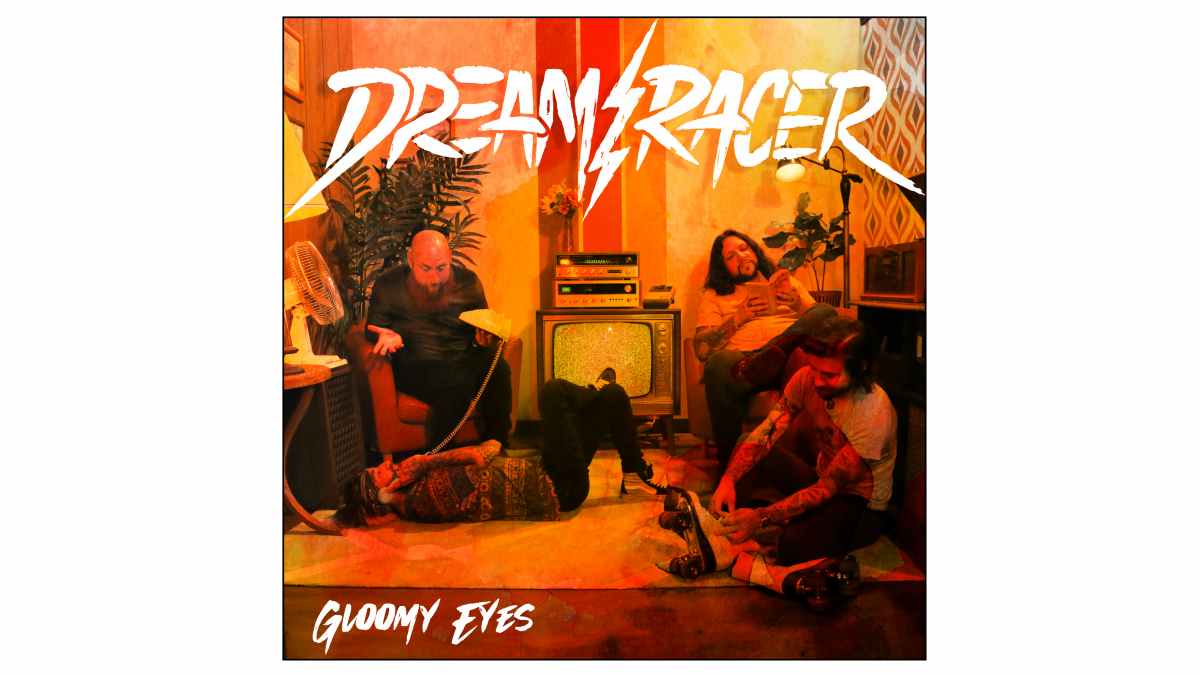 Dream Racer are releasing their new EP "Gloomy Eyes" next month and to celebrate we asked singer/guitarist Robert Rodello to tell us about the lead single "Let's Go Home". Here is the story:

Writing our debut single 'Let's Go Home' was a mixed bag of emotions throughout the entire creative process. Joyous in many ways in how love is such a powerful thing that it can bring two people back together while acknowledging that same love can easily slip away if we no longer believe in it. The song originally came from a place of emo/dark sadness but the final product turned into a fun/energetic song with some dance vibes thanks to the amazing team that helped put it all together. We recorded at West Alley Recordings A owned and operated by seasoned producer/engineer Kyle Black at the beginning of 2020. I was introduced to producer Raul Cuellar there and instantly felt a chemistry I knew would be the right fit to produce these songs.

I never expected for 'Let's Go Home' to take such an unexpected and poppy infused spin as it did but after everything I am very proud of the results. I wrote our entire EP on acoustic guitar before bringing the songs to the studio and I remember a feeling of excitement when I first heard this song electric and became more and more motivated to bring out the best of me on this debut. Hearing things on electric brought many new ideas to light and from there things all fell into place. We eventually sought out talented producer/musician Alex Dowidchuk to write keys and he brought a whole new energy to this song. It only took one listen for him to decipher what the song needed and he delivered. Working with Kyle and Raul in addition to engineer JJ Corirossi helped bring out the raw emotion in vocals I knew the song needed. JJ can be a quiet guy in the studio but his face speaks volumes and I knew when it lit up I was onto something and to keep pushing.

Recording the bridge to this song I wanted nothing more than for the listener to hear a passionate voice coming from a place of strong emotion that anyone can relate to. I wanted this song to capture the feeling of what it's like to care and love for someone so much it consumes you; when all you want to do is hold them close, breathe them in and absorb that nervous feeling when they're on your mind not in your presence. The message of the song is to never give up on that feeling and to cherish it because as long as it exists love has the power to bring people back together. I hope any listener can listen to 'Lets Go Home' and say to their partner "this is us" or if struggling "we can pull together and make it through this, let's carry each other home".

Hearing is believing. Now that you know the story behind the song, listen and watch for yourself below and learn more about the EP and band here