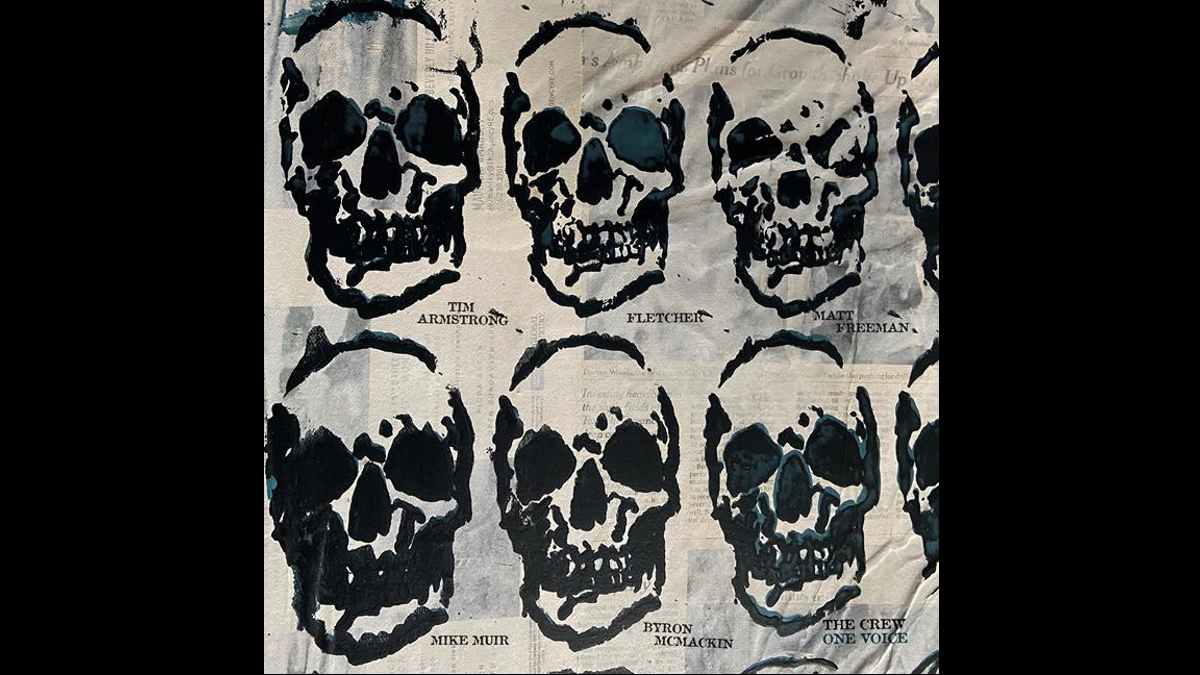 The Crew, a new project featuring punk icons from Rancid, Pennywise and Suicidal Tendencies have released a lyric video for their brand new single "One Voice."

The song has been released digitally and will also be issued as 7" vinyl to benefit Musack, an organization that has the mission to give kids and teens a voice through music by providing musical instruments and support for teachers.

Once Voice" will be featured on Side A of the 7" and Side B will be an original song by some of Musack's youth rockers; Rippy and the Sillyettes, two young girls from the Navajo reservation, who wrote "One in A Million" about their friend who was murdered.

Dragge had this to say, "Collaborating with Tim Armstrong, Mike Muir, And Matt Freeman has been an awesome experience, obviously Byron Mcmackin and I go way back. Byron and I had a demo of 'One Voice' laying around for couple years, and I thought it would be cool to bring a couple old friends on board to breath some new life into it.

"Watching these guys lay down their own personal trademark styles on this song was nothing short of amazing! I think it's safe to safe we're all pretty f***ing stoked on the final product, and being able to donate proceeds to Musack feels pretty awesome as well. Find it, crank it up, and enjoy!" Watch the lyric video below: