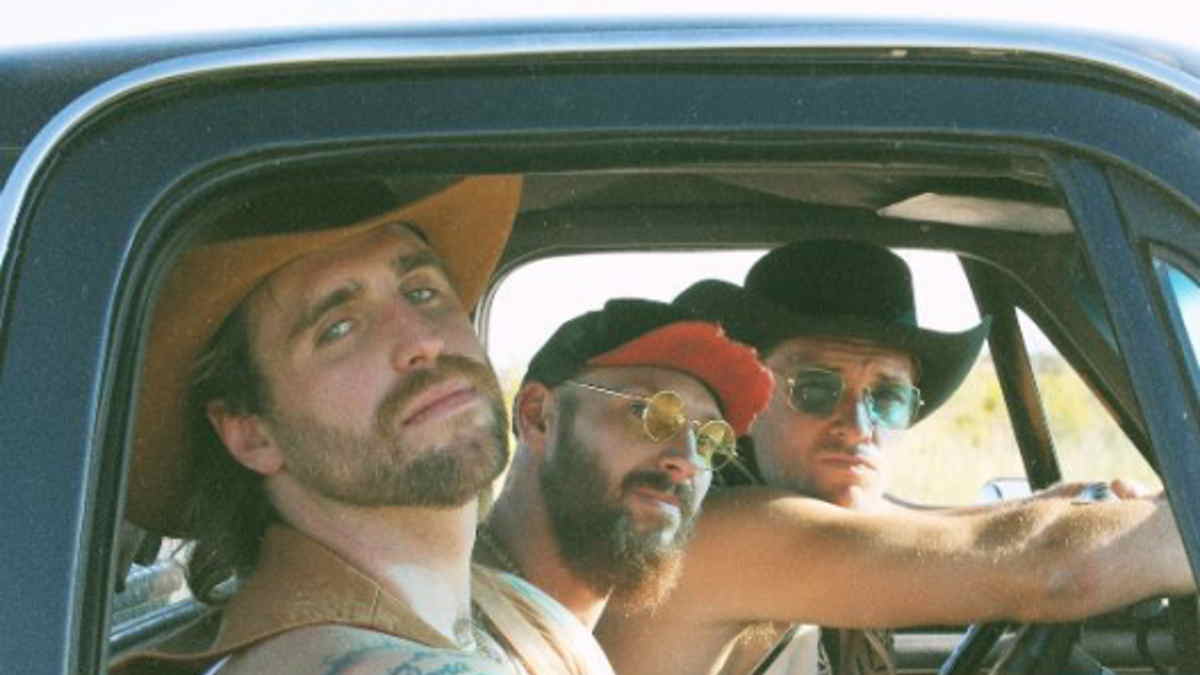 Austin, Texas rockers Cowboy Diplomacy just release their new single "Easier When I'm Stoned," and to celebrate we asked them to tell us about the track. Here is the story:

"Easier When I'm Stoned" was written back in 2019 on lead singer and songwriter Ian Cochran's couch when he was living with the Cowboy Diplomacy band members. "We called our apartment the 'Rat Trap' at the time because there were so many of them," says Ian. "We certainly were not in the best living quarters and things were not as awesome as we had hoped for them to be. But we had a roof over our head and we were grateful. As I was sitting on the couch one night, I was having some tequila, and the tequila started to make me feel happier about where I was. All of a sudden things felt fine and a little bit easier. That's when the idea for the song started to surface."

"You don't always realize when you're writing many songs that they have anything in common sometimes," says Ian. "Sometimes you just write and write, another and another, and then hear them and say, 'Man, I was on a certain wave, in a certain place.' That's kind of what happened here. Moment by moment, I wrote, and this is what formed."

"The song came from me trying to slow down and realize I need to catch myself sometimes," says Ian. "The song lyric, "When I'm high, there is no surprise, I'm just a king on his throne" reminds us that sometimes we need to get out of our heads and just be. To not focus on the negativity and remember that everything is going to be okay."

The song touches on the psychological and physical liberations any vice or outlet (when done in moderation) can bring someone during times of stress. It's a smooth rockin, slow-burning groove, that also makes the listener feel a little more chilled out upon listening.

Cowboy Diplomacy bassist Brad Bentley especially can relate to the song in a personal way. "I was an athlete with over six knee surgeries and the weed really helped me ease my recovery, and avoid using the pharmaceutical painkillers the doctors prescribed," says Brad. "Not to mention, I enjoy the creative edge musically when I light up."

"I think marijuana could be the future of medicine. unfortunately, there is a bit of a negative stigma associated with its use and we do sing about some of the negative feelings associated with the use around weed" says Brad. "Sometimes we do feel like we are drowning and the world is hard and stacked against us, which smoking cannabis, or whatever that is for you, can provide relief for. I hope our culture can accept marijuana use like we accept a morning cup of coffee because, at the end of the day, weed is an innocent and healthful habit if used responsibly."

Thanks, y'all for listening. We appreciate you.