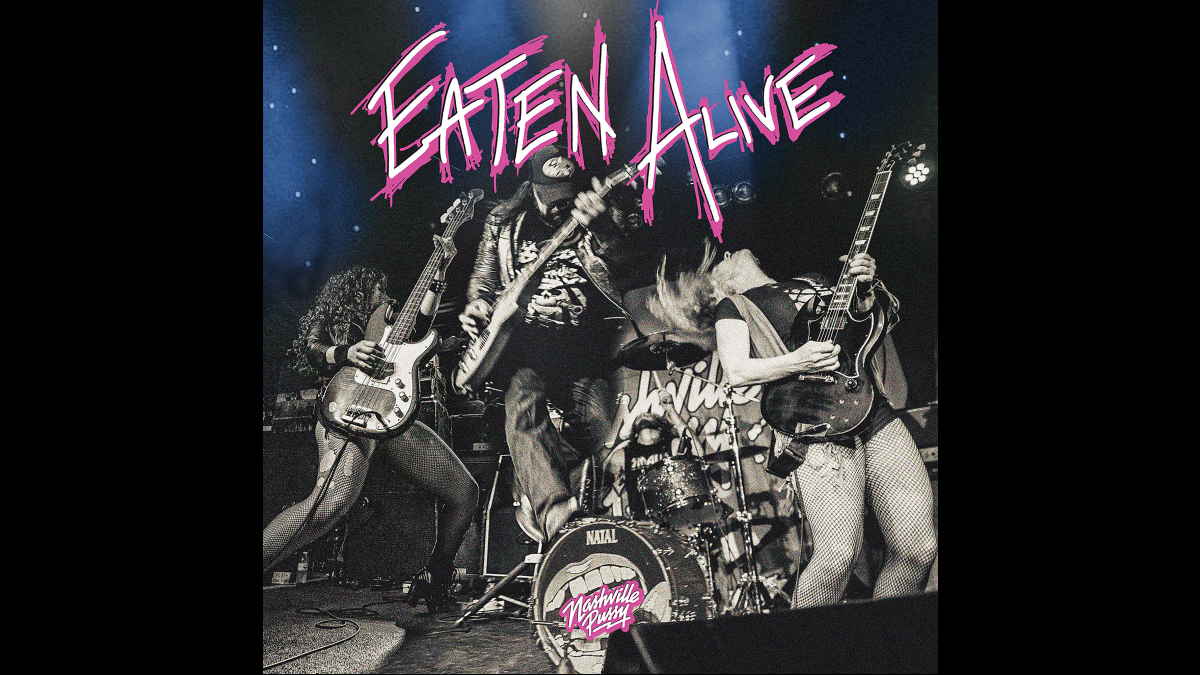 Nashville Pussy just released their double live album, "Eaten Alive" and to celebrate we asked frontman Blaine Cartwright to tell us about the song "Pillbilly Blues". Here is the story:

I first heard the word 'Pillbilly' while watching a prison documentary about middle aged Kentucky women who were repeatedly caught and incarcerated for selling drugs to their friends and neighbors in the Appalachian Mountains.

They would fly to Florida to get more easily obtained prescriptions and would stock up on pills like Xanax, OxyCodone, etc. Then they'd take a greyhound back to Eastern Kentucky and West Virginia to sell them.

This gave them much needed extra income. Or, in most cases, income. When they got caught, which the often did, they would be handed a six month sentence where they spent the time playing cards with each other and shooting the sh*t until it's time to get released and start the whole process again.

Many of the women actually considered the jail time as a bit of a vacation from drunk husbands, endless chores, troublesome kids, and screaming grand babies that made up their day to day existence.

So these women's lives consisted of traveling to Florida, making money and staying high. And the worst case scenario is a few months break from the hard hillbilly reality.

Needless to say, they were all quite happy with their new found occupation.

Pillbilly!
Hell it's better than most jobs I've had.