Singled Out: Keep It A Secret's Middle With My Thumb Up 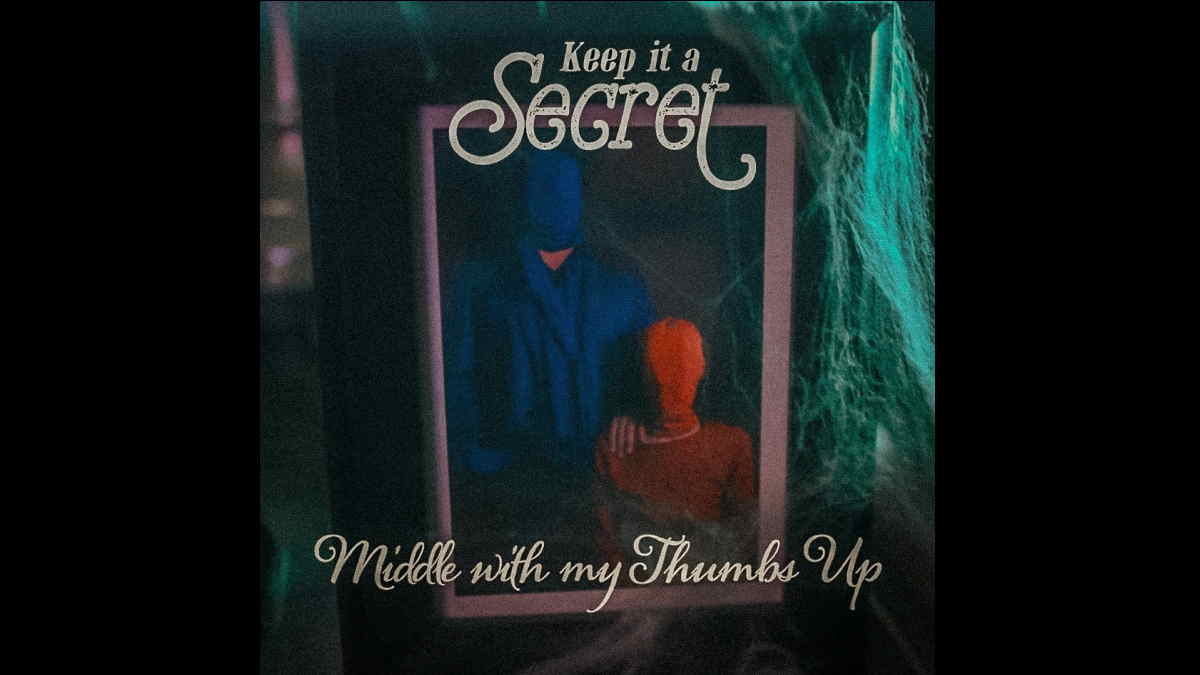 Florida alt-rockers Keep It A Secret recently released their brand new single "Middle With My Thumb Up" and to celebrate we asked JT to tell us about the track. Here is the story:

Right from the beginning, "Middle with my Thumbs Up" came from a place of severe uncertainty, chaos and unexpected isolation. Our guitarist, Jeremy, came up with the intro/lead guitar riff while recovering from pneumonia and a long list of other related medical complications. We all joke with him about it now, as friends do, but he really did almost die in the hospital and was sick for the better part of a month. Out of that ambiguity, however, Jeremy found inspiration and comfort just getting to play his guitar again. He finished this instrumental idea in about twenty minutes. The rest of us were immediately grabbed by the nostalgic, yet frantic, tone evoked by his fever dream guitar ideas.

The first lyric we came up with was the chorus idea I (JT) had, which I quickly sent as a voice message to our bass player, Jorge. Due to the instrumentals ability to sound both intimate and aggressive at times, I jumped to the classic literary imagery of blue and red: blue, obviously meaning sadness, and red being the color of not just rage, but of passion and sacrifice.

When it comes to lyric and melody ideas, Jorge and I tend to have an extremely specific process. By that I mean we get together, drink an Olympic amount of whiskey and beer, watch something like Californication, and discuss our feelings. Around the time we were working on Middle's lyrics, Jorge had just gotten out of a long term relationship and naturally had some things to get off his chest. Drawing from the idea of how broken relationships tend to be made up of all these sweeping declarations and promises that end up nowhere, I offered the opening line, "I can't remember what you said. Probably something like we won't forget," and he was really able to just run with that concept.

Wanting to maintain the dichotic emotional approach, Jorge also had the idea to keep the verse melodies more in my lower range and deliver them with more delicate intimacy. This way the chorus would really come out and kind of smack people in the head!

Our drummer Mike did a great job bringing everything together as well by using not just rock influences, but also incorporating funk and R&B style grooves. I felt this really brought the bridge together especially since Jorge and I had written poppy/R&B rhyme schemes and flows in that part specifically.

We maybe got a little heavy handed with the figurative language there, but I am honestly proud of the pictures evoked in the bridge. We were able to maintain the double sided emotional value in a more subtle way as well. Jorge wrote the first stanza with lines like "It was always you who kept trying to burn me," and "Fake hands clenching my throat, every word you said would just suffocate me." It felt like the lyrical equivalent to pointing a finger at someone while finally letting them see your side of things, which we all have always wanted to do at some point or another! With those lyrics being very direct and cathartic, they smoothly transitioned and allowed for me to be flowery and vague in the next stanza. "Mimic life kept far too near, heavy sighs drive ships to cliffs through fear: a sacrifice for next year" has very real connotations for me, but it is nebulous enough for anyone to draw their own conclusions and personal parallels.

Ultimately, from start to finish, this song was an outburst of emotions from each of us carried by experiences that everyone, especially through 2021's trials and tribulations, can relate to in some way. From hospital trips to relationship changes, from quiet depression to rambunctious shouting, life is chaotic yet beautiful. We wanted this song to follow that lead.

Singled Out: Keep It A Secret's Middle With My Thumb Up

News > Keep It A Secret