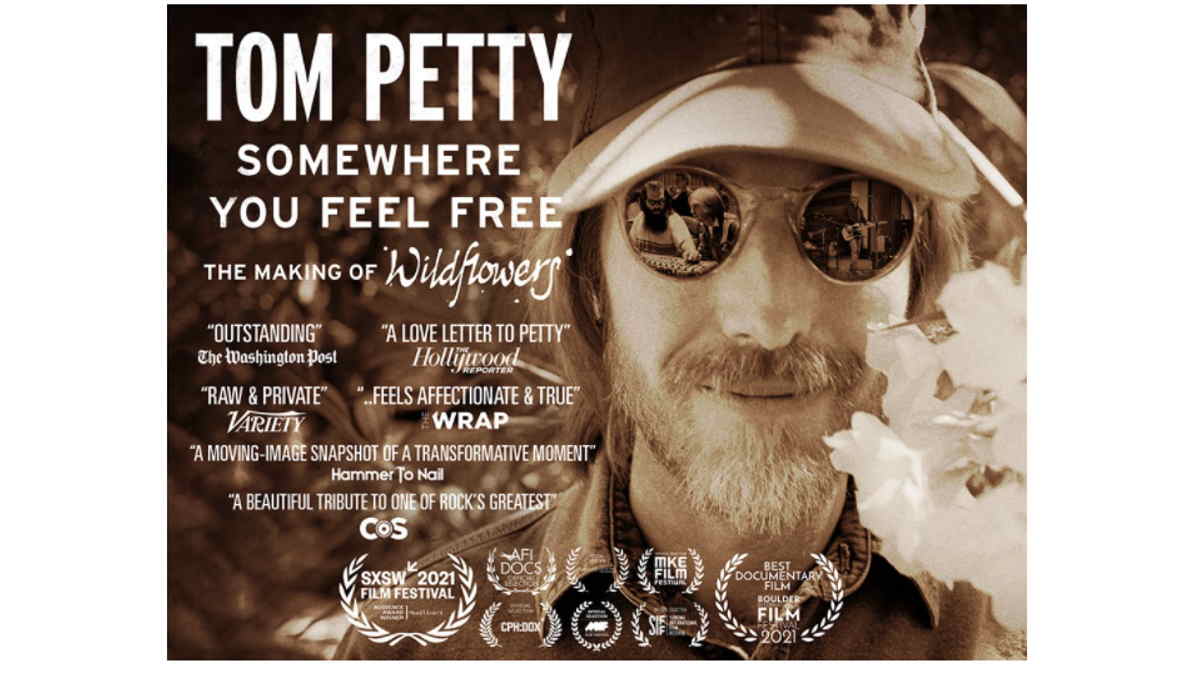 (hennemusic) A new Tom Petty documentary about the making of his 1994 album, "Wildflowers", will premiere in cinemas worldwide on October 20th. Directed by Mary Wharton, "Tom Petty, Somewhere You Feel Free: The Making of Wildflowers" offers an intimate look into the making of the rocker's second solo effort through the period of 1993-1995 as he worked with legendary producer Rick Rubin for the first time.

The documentary comes on the heels of the release of a 2020 series of expanded editions of the 1994 record, which Petty wrote and recorded as a double album before his record label convinced him to trim it back to a single record; almost two decades later, "Wildflowers & All The Rest" delivered the second half of the album as originally intended.

Winner of the 2021 SXSW Audience Award, and Best Documentary Film at the Boulder Film Festival, "Tom Petty, Somewhere You Feel Free: The Making of Wildflowers" will debut in cinemas in sync with Petty's birthday on October 20, with encore screenings in select cinemas on October 21. Tickets are on sale now at TomPettyFilm.com.

A first preview of the project sees Petty recording the track, "Only A Broken Heart", with Rubin, Campbell, and Tench reflecting on the album and the recording process.

The documentary will also see a free worldwide release in full 4K resolution via YouTube Originals on Petty's YouTube Channel later this year.

Petty passed away in October of 2017 at the age of 66 in a Santa Monica, CA hospital after being found unconscious and in cardiac arrest at his Malibu home. Watch the preview video here.