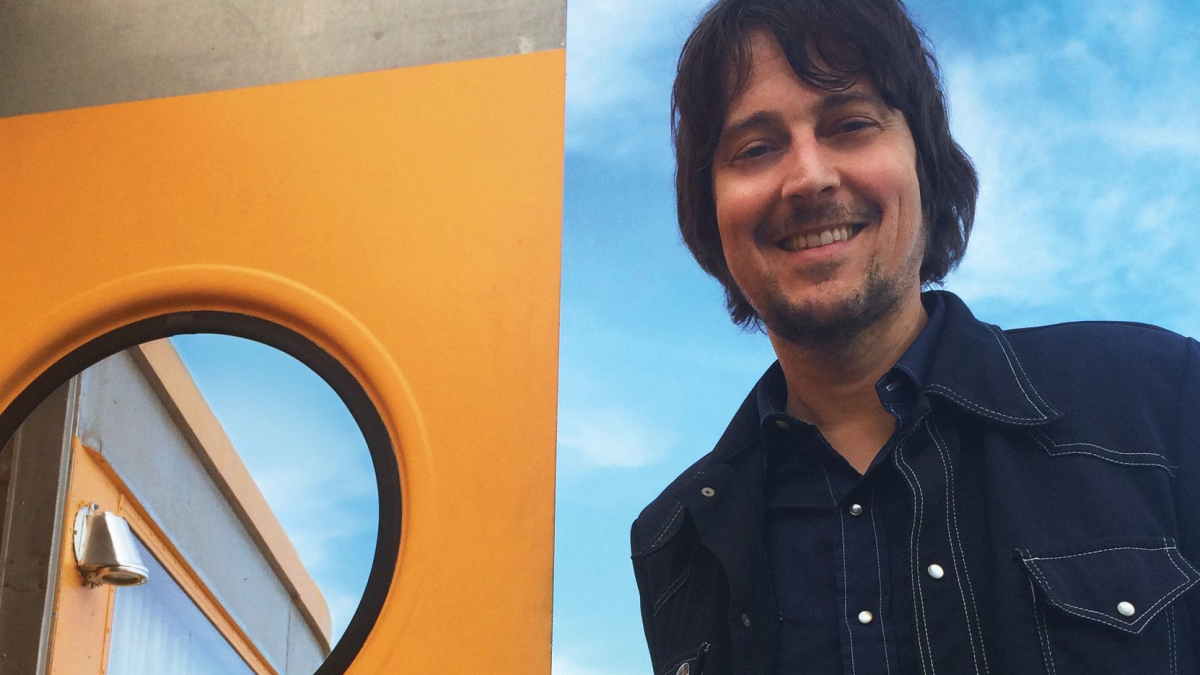 Salim Nourallah just released his new EP, "See You In Marfa" and to celebrate we asked him to tell us about one of the songs and he selected "Not Back To Sad". Here is the story:

I used to play music with my younger brother, Faris. We grew up in El Paso and spent our teen years dreaming of escaping West Texas and forming a band that would conquer the world. Delusions of grandeur, perhaps? We ended up playing in bands together for about 15 years but never came close to conquering the world.

Faris started experiencing a social anxiety disorder called agoraphobia and wanted to withdraw from all live performances, so we broke up our band and began recording music strictly as a duo. That music eventually came out on a record called "Nourallah Brothers." A great Texas indie label called Western Vinyl released the sole Nourallah Brothers' record way back in 2001. We'd both stopped playing music together by the time our duo recordings were released.

Right around the time the band was on its last legs, I'd written a song called "Not Back to Sad." I usually bounced songs off of my brother back in those days, and, after I played it for him, it became an instant favorite of his. We ended up playing "Not Back to Sad" a lot and even made a pretty good recording of it with a friend who had a home studio. The problem was our band broke up shortly after we'd recorded the song, so the demo we'd made was shelved. I forgot about it for over 20 years.

Cut to 2018, when I was compiling songs to play for my friend and co-producer, Marty Willson-Piper. We'd booked a week in a Nashville studio called Welcome to 1979 and were planning on recording with the Treefort 5, the band that backed me up on my 2011 record, "Hit Parade." I had a list of about 20 songs that I'd written over the past 10 years, some newer than others. One night, I decided to do a deep dive through my song files in an effort to uncover any hidden "gems" from the past. I've been writing songs most of my life and have hundreds that have never made it to any of my various records. I went digging all the way back to 1997. In a folder of lyrics, sandwiched in between "No One On the Phone" and "Number Blind," I found "Not Back to Sad."

It was obvious to the 2018 version of myself that I could make the song better by changing a couple of lines here and there. The opening line is an example of how my lyric "refresh" made the words subtly better (in my opinion). Here's the original line: "So happy I could faint, all my friends think I'm insane." It's a bit awkward sounding to me - fainting and insanity are a bit too dramatic! I changed it to: "So happy all the time, all my friends just roll their eyes." After spending about an hour making changes, I added it to my list of songs to play for Marty. He ended up liking it, so we tracked it with the band when we got to Nashville.

I was really pleased with the fact that most of the work my brother and I put into the song years ago paid off. The basic arrangement for "Not Back to Sad," even down to the bass groove, found its way into this "new" version. It actually ended up being one of the easiest songs we recorded in Nashville, everything fell naturally into place due largely to the fact that I'd spent so much time working on it with Faris back in the day.