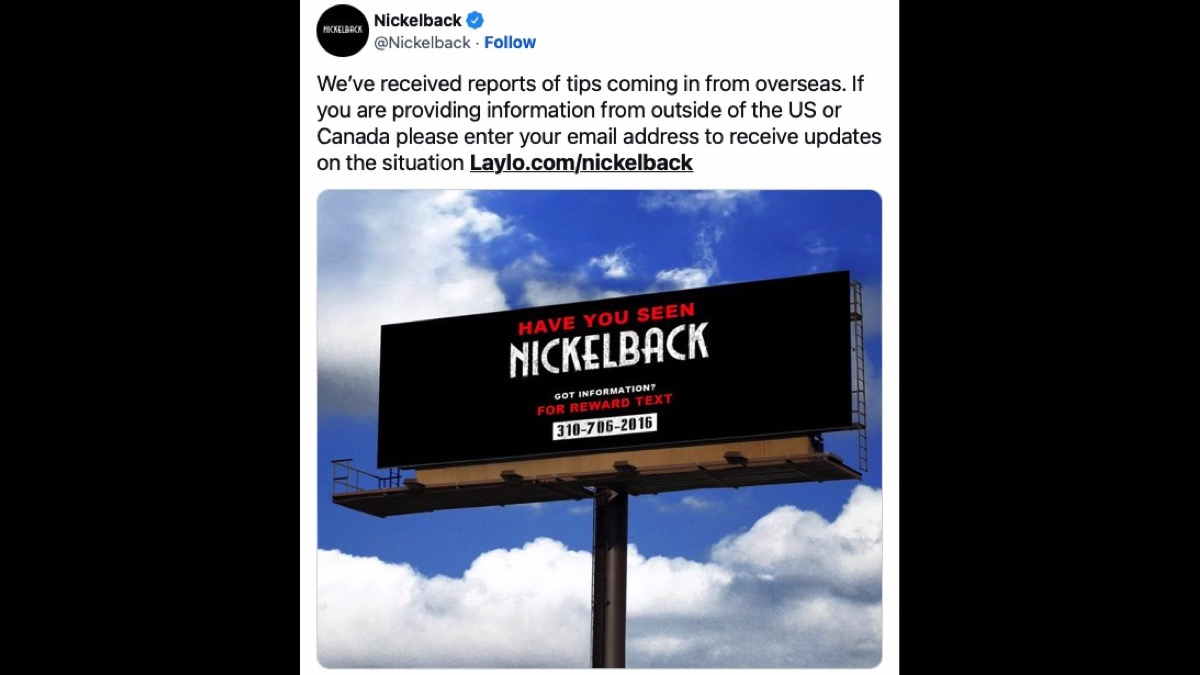 Nickelback have taken to their social media accounts inquiring "Have You Seen Nickelback" and inviting fans to text a phone number for a reward.

The campaign has included tweets beginning with "Have you seen Nickelback? Got information? For reward text: +1(310)706-2016. #HaveYouSeenNickelback"

A follow-up tweet included a photo of a billboard with the same message and they also shared, "We've received reports of tips coming in from overseas. If you are providing information from outside of the US or Canada please enter your email address to receive updates on the situation http://Laylo.com/nickelback"

That link takes fans to the Missing Band's Hotline where fans can submit their email address. With the text message option in the original tweet, fans are given three options You are given one of three choices: "To provide details regarding the band's whereabouts and be entered to win a reward", "To hear an audio recording taped the day of the band's disappearance," and "To prepare for something new."

The campaign appears to be teasing new music from the band, their first new material since their 2017 album, "Feed The Machine".