Singled Out: Harmony Dreamers' I Come From Earth 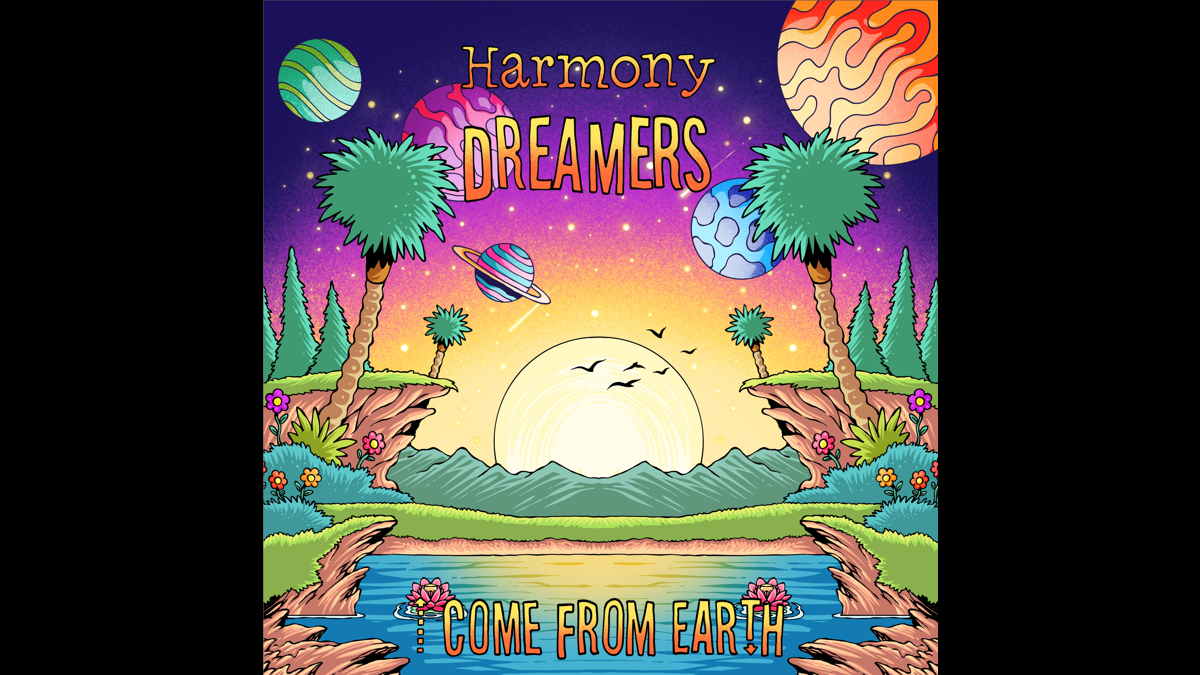 Harmony Dreamers just released their new album, "I Come From Earth" and to celebrate we asked producer, writer, vocalist, multi-instrumentalist Byron Lee Scott to tell us about the title track. Here is the story:

I was always inspired by pop music that sings about people getting along, respecting, loving one another. I also enjoy artists who write lyrics with a sense of humor once in awhile... Joe Walsh, Jerry Reed, Victor Borge, even Frank Zappa occasionally or Weird Al on certain songs. This album has a bit of humor here and there, not every song, but the title track is all about joking with people when you first meet them, messing with their heads a little... laughing!

This song came from personal experience. I used to casually say to people when they asked where I'm from... Earth. I noticed it made people laugh and comment. All except for that one girl - the one mentioned in the bridge of the song.

This wasn't one of those songs written really fast from a seemingly magical inspiration. It took a few years, inspirations and ideas. Then, in the summer of 2021 it started coming together at drummer Larry D's Colorado studio. I remember when recording the rhythm guitars, the lead vocal, and my vocal harmony on this song, they were first takes, first time through. At the time I thought it was perhaps just for writing and the vocal would be redone later. But sometimes the first take has a certain energy.

I made it the title track of the album for several reasons. It's funny, it's contagious, it's global, and it's very much my personality. It's the only song on the album that I did the lead vocals alone, without one of the 8 female singers on the album sharing the lead.

It became obvious after awhile this album was going to be lyrically "Good Vibes," and a statement of love, peace, fun and connection. Someone called the album "A Global Celebration of Harmony, both in theme and execution."

I did not plan to have a bassist, Nikita from Ukraine, and our main singer Anna V from Russia together on the same song, the same album, it just happened that way. The conflict in Ukraine had not started when we were recording this song. When I heard the news of Ukraine and Russia, I was busy with music, and had been ignoring the news, other than seeing news headlines. When the conflict began I suddenly had a personal connection. I checked in with Anna in Russia to see how she was being affected, how she's doing. Anna V is a very serious, talented artist, and it turns out she was also ignoring the news, focusing on her music and life.

I always imagined this song with the question and answer chorus, with the gang vocal asking the question, "Hey hey where you come from?" I put together the Earth Choir as we call them, more than 20 backup singers representing every continent, partly because it fit the global theme of the album and title track. And yet, the truth is, I was enjoying working with the singers and musicians from around the world so much I wanted more. I made friends with passionate artists from around the globe. And some were professional session artists as well, who make some income recording at times. I didn't have a great deal of money, but it sure was fun to share a little with serious music lovers, and in return the songs became different, better. While auditioning people for the Earth Choir, I met two important artists on the album. The second synth player on this track, Lola Visentini from Argentina, and Shiruu from Philippines, who later collaborated on Paro Paro Butterfly, a song in two languages with the exact melodies.

I never was trying to make a statement about any particular war. The theme of this song, that we all share this planet, it is our home, Earth is where we are from... is a lighthearted way of saying, can't we all just get along on this planet?

When the artists in the Earth Choir joined the project, they all knew what it's about, and some made a statement. I love this quote from vocalist/guitarist Nick Zaleski from Minsk, Belarus, and who has also lived in China, UAE and Poland, "We're not special and we have differences in our cultures, colors, and habits, but we're still only humans that need to keep peace and stay connected. Uniting people with music is amazing!"

Singled Out: Harmony Dreamers' I Came From Earth