Singled Out: The Alright Maybes' Kurt 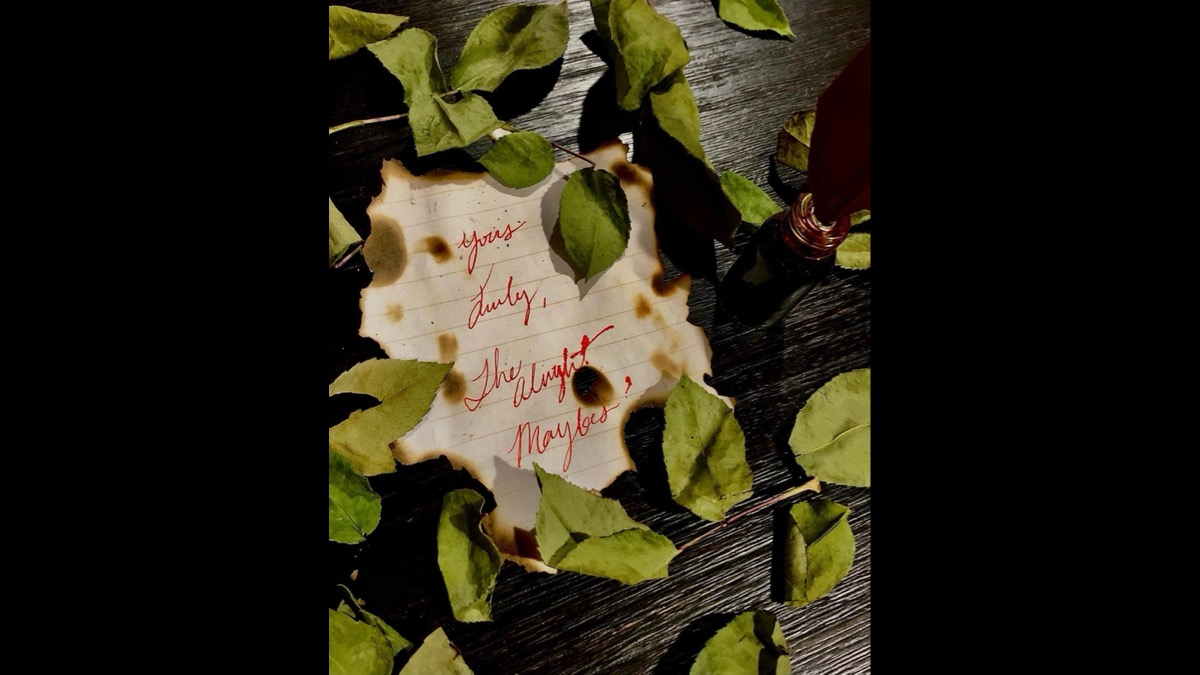 The Alright Maybes recently released their new track "Kurt" from their forthcoming "Blue Sky thinking" EP, and to celebrate we asked Angela Reinhart to tell us about the track. Here is the story:

I wrote this song (well part of it, anyway) with no melody behind it in a college poetry class. The lyrics "You are the sun like me, devours all in sight, before the moon can catch the calmness of the night" were my modern take on Poe. I sat in my music room four years later and thought about my poem, which had a lot more lines to it, but I didn't want that particular line to go to waste so I started adding a melody to it.

The weird syncopations came naturally as I wrote the music. I didn't think about them, they just happened. It sort of mimics the confusion or anticipation in the lyrics; you don't know what's going to happen next but you have to lean into whatever it is. The position of the chords and the order that I play them on the neck may or may not unintentionally parallel the song's meaning. It jumps up the neck in an optimistic attempt then drops down twice until it reaches the beginning minor B chord, playing to this theme that the world can be dark at times but there are hints of light if you keep traveling up. You know that you can't avoid being hit again but all you can do is keep climbing. Then, in the chorus, it climbs just a little bit higher at it's peak, creating that positive ascending sound at the height of the song--just to fall back down into uncertainty again.

It might make more sense to hear the lyrics, I suppose, in the third verse, specifically "they say a brighter day is on the horizon, it comes in black waves, and crystal tides. What consumes your mind controls your life." Like the second verse, this one starts off optimistically just so that it can jump back down, not to a negative place but to an honest and real one; one that confronts the oddities and ups and downs of life; one that helps the listener be the observer.

Then comes the chorus...

"Life is getting harder, and I wish I knew wanting to be someone else, is a waste of who you are." For once, I was searching for an "astounding" phrase or quote to give me a little inspiration. And, not knowing who said it at first, I stumbled upon this one: "Wanting to be someone else is a waste of who you are." I just love that so much. I don't know if he was credited and I might've had to look up the quote again to discover that it was one of my bigger inspirations since I was a kid, but it was Kurt Cobain who said those words. It was a little odd because I had been thinking about him even more than usual around this time. Listening to his songs. I wanted to write a darker sounding, grungier tune; something that sort of spoke to me when I was growing up. So the moment I started writing at my music desk with the particular progression I chose, there's no doubt in my mind it was inspired by Nirvana/Kurt Cobain. Once I found the quote and realized it was him, I had to use it, and the track's title is an homage to him.

"Kurt" was recorded in a wood cabin which gave us a warm room sound. There's the slick, melodic guitar line, written by Luke Ray, that carries you like a chairlift through hilly terrain. The song's unmistakable melody compliments the chords under it and its consistency keeps you from getting lost in the eeriness of it all. The dancing rhythm, with Aidan Epstein on bass and Julian Daniell on drums, follows the guitar chords perfectly as if tying the meaning together by moving with each other the whole way, as if we are all in this crazy beautiful thing together, syncopations and all.

"Kurt" was produced by Andrew Christopoulos and will appear on the Alright Maybes' sophomore EP Blue Sky Thinking, which will be released on Friday, Oct 28.

Singled Out: The Alright Maybes' Kurt

The Alright Maybes Music and Merch