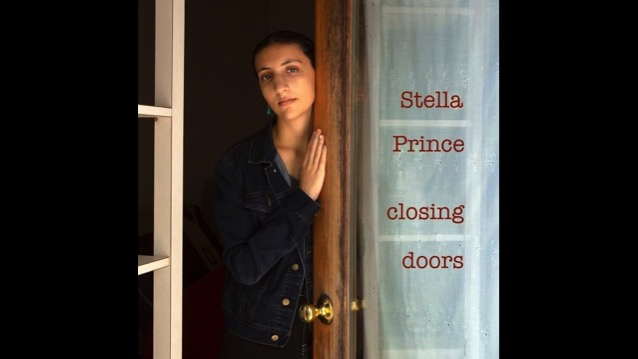 Acclaimed upcoming coming 18-year-old Woodstock singer/songwriter Stella Prince just released her new single, "Closing Doors", and to celebrate we asked her to tell us about the track. Here is the story:

"Closing Doors" is the seventh single I've released since my debut drop in 2021. This is one of my favorite songs I've recorded because of the production, and because of the meaning behind the song. This is the first time I ever worked with live musicians on a project. The incredible Aaron "Professor Louie" Hurwitz, who was the Co-Producer and collaborated for fifteen years with The Rock n Roll Hall Of Fame group The Band, invited me to record with him at his studio in Upstate New York. We recorded the entire song in a few hours, and I was lucky enough to work with some of the most amazing musicians out of the Woodstock music scene for drums, bass, piano, and electric guitar. It was an incredible first experience playing with live musicians. I wrote the song this summer, in mid May 2022, when I was traveling throughout Ireland on my first international tour. I had dreamed of playing in cities like Dublin and London for a while, so it was quite the dream come true for me. We stayed in a tiny bed and breakfast in Ballycotton, Ireland, that had miles of green pastures behind it as far as the eye could see. I remember wanting to songwriter outside in the fresh air, so I took my guitar into the backyard and started singing this song. Eventually, once I finished it a few hours later, I started playing it again and tons of cows started coming up to me and listening intently to the song. That was how I knew it was good! It was such a crazy memory I think I'll keep forever. I ended up writing "Closing Doors" because facing rejection can be a constant huge hurdle, like a door closing in your face. In these difficult and challenging times it is hard to maintain a sense of hope and possibility. I decided to write this song because so many of us are struggling with loss or hardship. Like the lyrics in the song, "hope is the only thing that keeps me going/when all the fear of life's commotions spins around and brings me down."

Hearing is believing. Now that you know the story behind the song, listen and watch for yourself below and learn more about Stella here