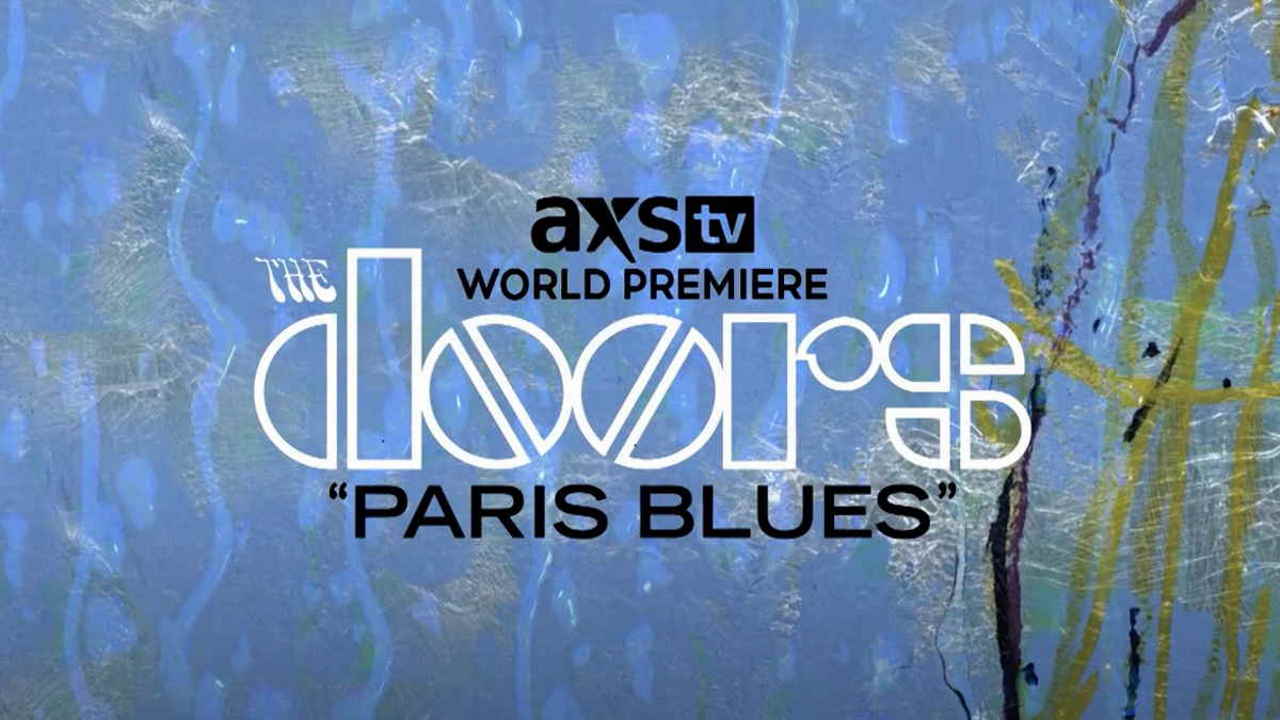 (hennemusic) The Doors are premiering a music video for the track "Paris Blues", which is the last known unreleased song to come from the ;legendary band's vault.

An original blues song written by the band, the track was recorded during one of the group's recording sessions for either 1969's "The Soft Parade" or 1971's "L.A. Woman" (no one seems to remember). The master tape of the song was lost, and the only surviving copy was given to Doors keyboardist Ray Manzarek. Sadly, this copy was partially damaged by his son Pablo (a toddler at the time), who recorded over a few short parts. Now, through some creative editing, the song has been rescued from obscurity to take its place as the title track to a new blues-themed compilation of the same name coming out on vinyl for Record Store Day's Black Friday event on November 25.

The "Paris Blues" compilation features two previously-unreleased live recordings of singer Jim Morrison and guitarist Robby Krieger performing as a duo at a benefit for Norman Mailer's mayoral campaign on May 31, 1969, in West Hollywood. The first song is "I Will Never Be Untrue," a band original written for, but left off of, 1970's "Morrison Hotel"; the other is a cover of Robert Johnson's "Me And The Devil Blues." Both songs were recorded by Frank Lisciandro, a filmmaker who befriended Manzarek and Morrison when all three attended the film program at the University of California, Los Angeles (UCLA).

"Paris Blues" also contains a pair of outtakes recorded during the band's sessions for "The Soft Parade" - "(You Need Meat) Don't Go No Further" and "I'm Your Doctor." Both feature Manzarek on vocals backed by Krieger and drummer John Densmore. In 2019, bass by Robert DeLeo of Stone Temple Pilots was added to the songs, which were included on Rhino's 50th-anniversary edition of the album.

Also featured are three songs from "Live in Vancouver 1970", a concert album released in 2010 by The Doors Bright Midnight Archive label. Recorded during the band's 1970 tour, these live tracks spotlight legendary bluesman Albert King, who joined the band onstage during its June 6, 1970, show at the Pacific Coliseum in Vancouver. Morrison's introduction of King is included along with live versions of "Little Red Rooster," "Rock Me Baby," and "Who Do You Love?"