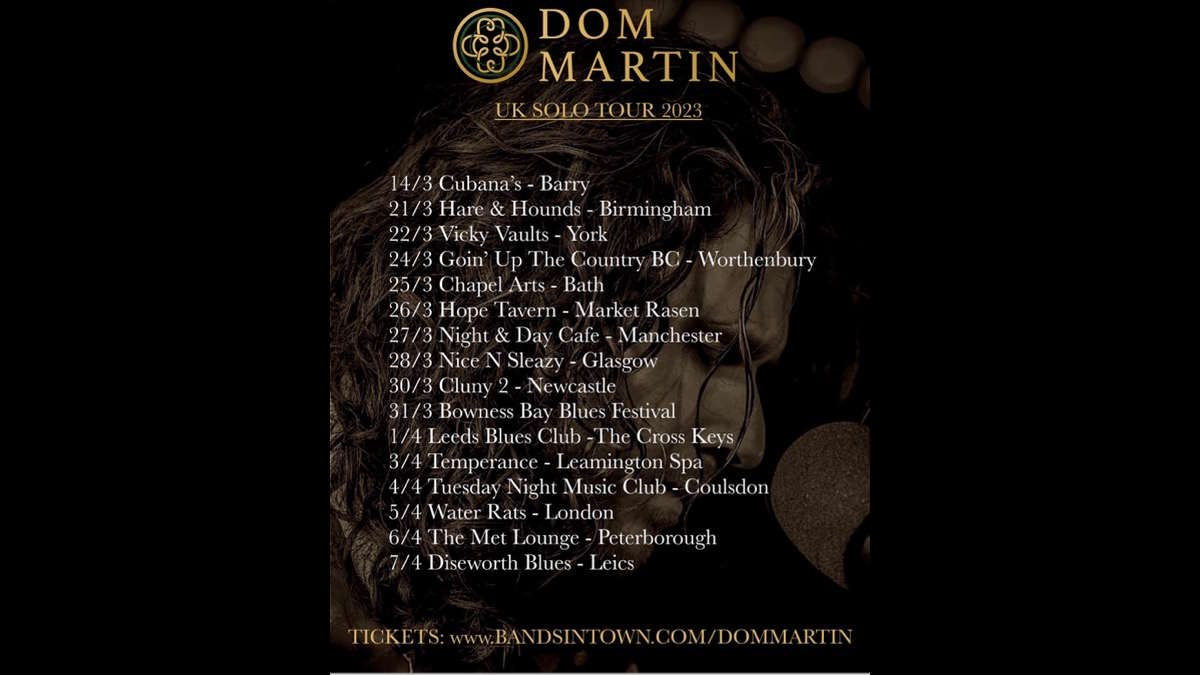 (Noble) Multi award winning Belfast artist Dom Martin kicks off his Spring 2023 Solo Acoustic UK Tour on Tuesday 14 March 2023 including dates that will take him the length and breadth of Great Britain.

One of the most talked about Irish artists in a generation and likened by many to the legendary Irish guitarist Rory Gallagher, Belfast-raised Dom Martin brings his intimate acoustic solo show to his fast-growing UK fanbase.

The 32-year-old musician was brought up in the community driven streets of Northern Ireland and makes no secret of his early struggles with drugs and alcohol, frequently referencing this during his very personal and intimate solo shows.

With 5 European and UK Blues Awards under his belt since 2019, he has attracted attention from Joe Bonamassa, featuring regularly on his Spotify playlists and gaining a coveted invitation to play as a band on the 3rd annual Keeping the Blues Alive Mediterranean Cruise from 17-25 August 2023 alongside Kenny Wayne Shepherd, Blackberry Smoke and Christone "Kingfish" Ingram, and many more blues artists.

The 2022 UK Blues Acoustic Artist of The Year and Best Instrumentalist of the Year says, "I can't wait to see my UK fans again with my solo show, I can never quite believe how quiet they are when I'm playing, it really helps me get right into the moment, it's an awesome feeling for both me and the audience."

Tickets are on sale from 9am Friday 27th January here.