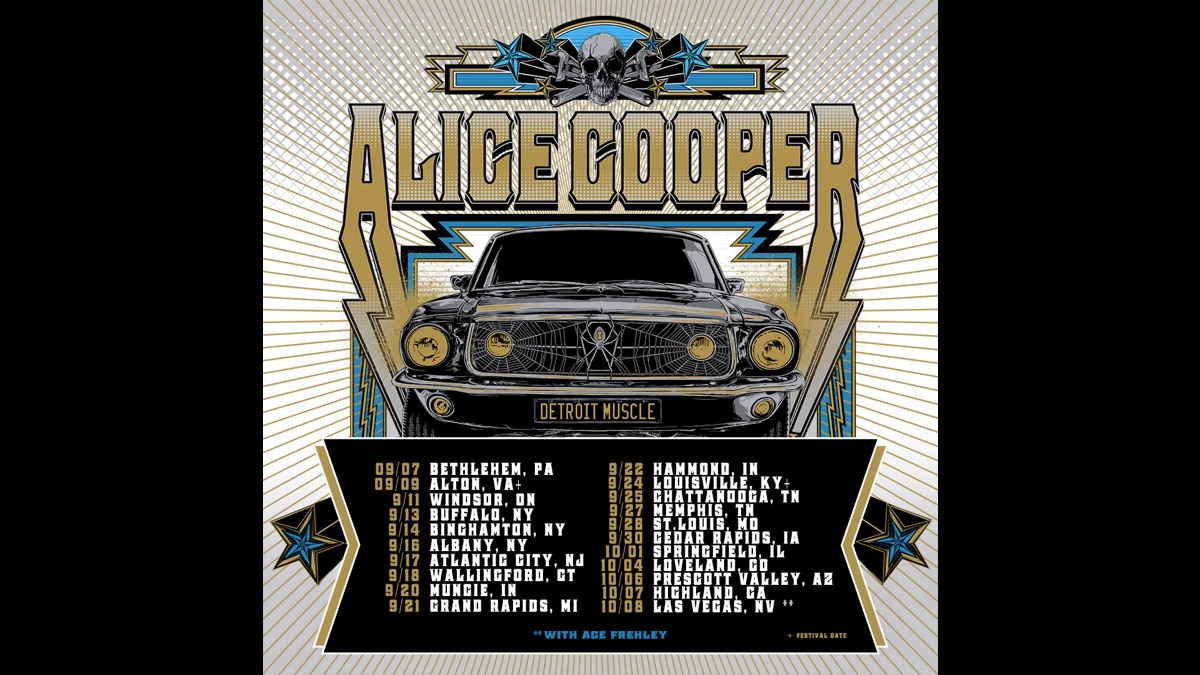 With Nita Strauss' surprise exit from the Alice Cooper band, the shock-rock legend has announced that he will be reuniting with former guitarist Kane Roberts on his upcoming tour dates.

Cooper had this to say, "I'm looking forward to welcoming back Kane Roberts for our shows in September and October. We've been friends all this time, and he's always been one of my favorite guitarists. He's bringing more muscle to the Detroit Muscle Tour.

"We've always had a swinging door policy where players can come and go, so it's very exciting to get back on stage with Kane. The fans are in for a real treat at these shows. It's gonna be a blast. Kane Roberts, Ryan Roxie, and Tommy Henriksen on guitars? Hell yeah!"

The fall leg of the Detroit Muscle Tour will be kicking off on September 7th in Bethlehem, PA at the Wind Creek Event Center and will run through October 10th where it will wrap up in Las Vegas, NV at the Dollar Loan Center. See the dates below: