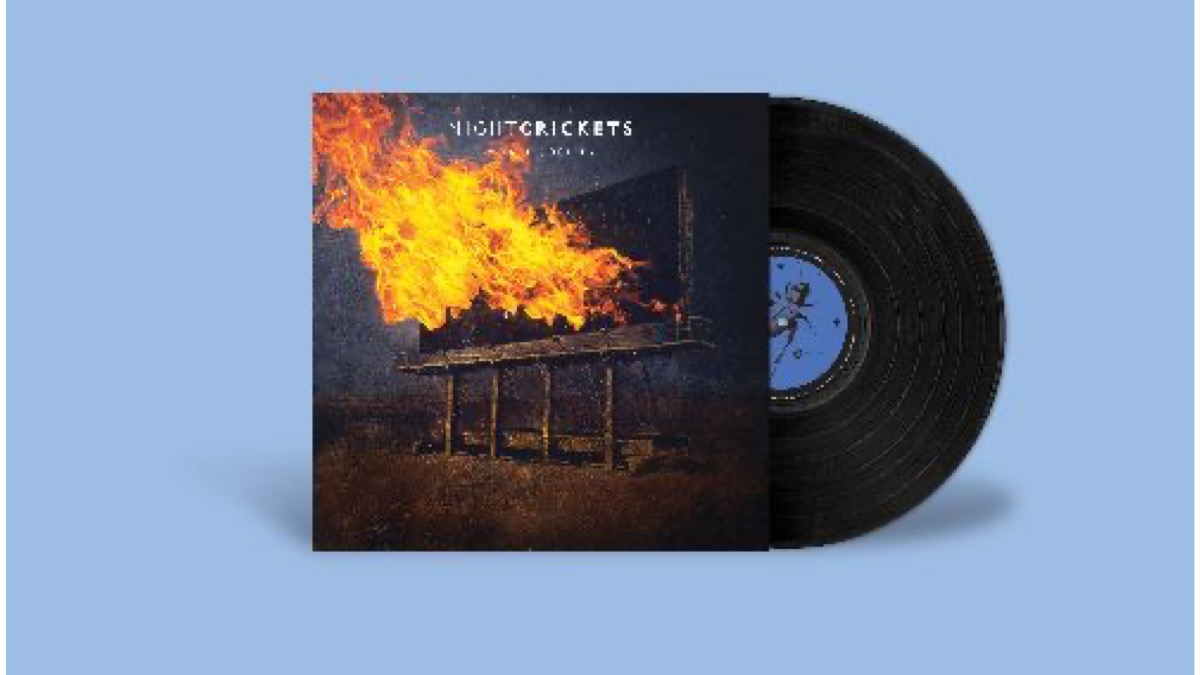 (Reybee) Night Crickets, which features members of Bauhus and Violent Femmes( are releasing their debut album, "A Free Society", on vinyl this Friday, July 29th.

"There's a lot of analogue warmth to this album which will only be emphasized all the more on vinyl" says David J. "Vinyl was the format that I initially listened to music on when I was a kid and when it first became so important to me. So there is a degree of nostalgia there but what transcends that is the enveloping warm, rich quality of the sound."

Together with bandmates Victor DeLorenzo (Violent Femmes) and multi-instrumentalist/artist Darwin Meiners, Night Crickets are excited for the format. "A vinyl record is where it all started for me," reinforces Victor. "The pressing of our album gives the listener a rich, round and full-bodied sound with wonderful detail along the spectrum! It swings and sings."

The LP edition will also have different artwork unique to the edition. "The vinyl art utilizes a painting by our friend, the very brilliant Mark Gleason," explains David. "It features a flaming billboard which is such a loaded and arresting image. To me, it is suggestive of the idea of a free society being one that lives outside of the dictates of commercial manipulation and rampant consumerism. We discovered this image after the artwork for the CD was done but then agreed that it would work to use two different covers to distinguish the different formats."

The vinyl can be preordered here. Watch the video for "The Unreliable Narrator" below: