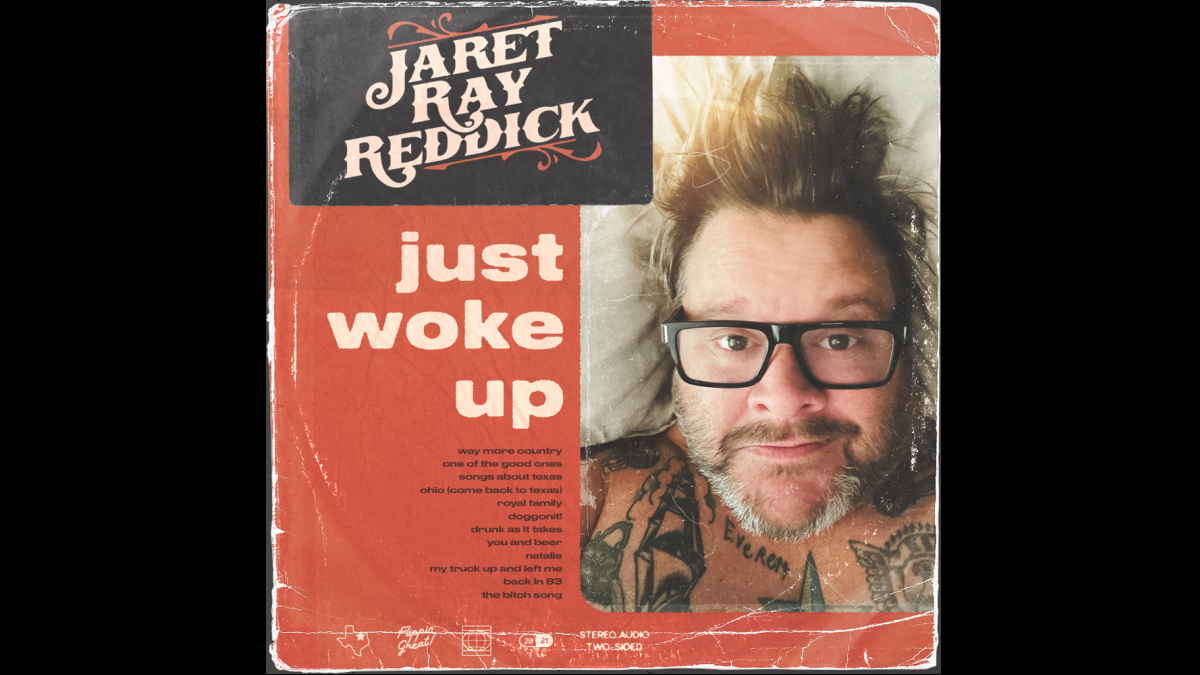 Bowling For Soup frontman Jaret Reddick has announced that he will be releasing his debut country solo album, entitled "Just Woke Up", on March 11th. We were sent the following details:

With the COVID pandemic grounding and postponing aspects of his life in Bowling For Soup, Jaret seized the opportunity to do something he had been wanting to do for years; record a country album. The result is Just Woke Up, the first solo country record from Jaret, which is being released under his full name Jaret Ray Reddick.

A proud native and resident of Texas his whole life, Jaret's upbringing in the Lone Star State was full of country music. This was true especially close to home with his Mom being a country singer herself, while the likes of Willie Nelson would regularly be found coming from the Reddick family radio. While teenage Jaret discovered the likes of Motley Crue and Poison, Rancid and Descendents and forged a very different musical path, country music is something that has always been present in his life. With Just Woke Up, Jaret has been able to bring that full circle.

Just Woke Up features a dozen tracks of what could be described as proper Texan country music. The album features some special guests, most notably one of Jaret's favourite musicians and good friend Frank Turner who features on "Drunk As It Takes". There's also a cameo for Uncle Kracker on the album opener "Way More Country", Descendents guitarist Stephen Egerton features on Natalie, and Cody Canada of The Departed appears on "You And Beer".

Other highlights include the tribute to home in "Songs About Texas", the family tribute "Royal Family" and "One Of The Good Ones". There are also country re-workings of two of Bowling For Soup's most popular songs, Ohio (Come Back To Texas) and The Bitch Song, which are likely to please fans old and new alike.

Jaret will be celebrating the release of Just Woke Up by performing his first live country shows in his home away from home, here in the UK. On the strength of hearing an advanced copy of Just Woke Up, Jaret has been invited to take part in the UK's largest country musical event, the C2C Festival at The O2 Arena in London, on the 12th and 13th of March.