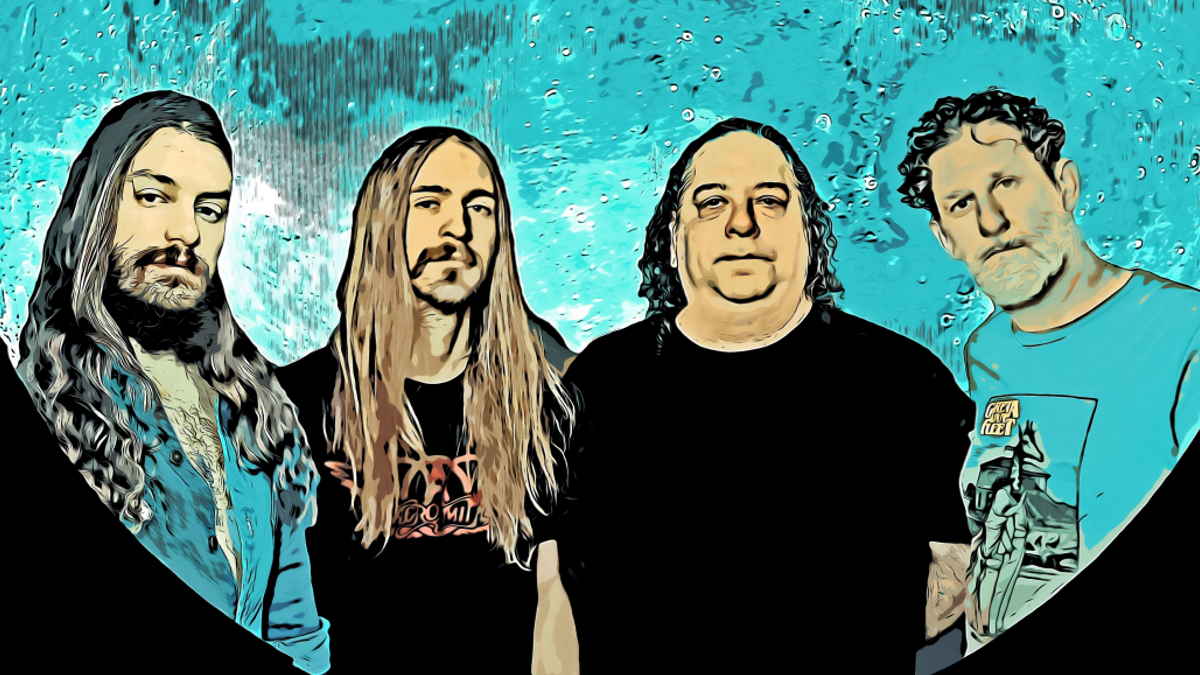 The new 1970s styled rock supergroup project Umbilicus have given fans a small taste of what is to come with the release of a short teaser clip as they finish up work on their debut album.

The record is expected to arrive later this year from the new group that features the drummer and lyricist of Cannibal Corpse, Paul Mazurkiewicz on drums, Taylor Nordberg (Inhuman Condition, The Absence, Fore) on guitar, Vernon Blake (Anarchus, Napalm Deah [live]) on bass, and vocalist Brian Stephenson (Fore, Old James).

Mazurkiewicz had this to say about the new group, "Umbilicus was formed in the summer of 2020 and driven by our love of rock and roll from the late 60's, 70's and early 80's.

"The more I listened to these bands the more I wanted to play music like this. It is just so much fun to sit back and groove out and play by complete feel without beating my body down. To just play some pure hard rock!

"We composed 10 very cool songs throughout 2020 but the one piece of the puzzle was missing: an awesome voice to tie it all together. Enter Brian Stephenson! An amazing vocalist and lyricist that completed the lineup!

"I am so proud of what we have written and I can't wait for the world to hear what we have to offer!" Check out the teaser video below: