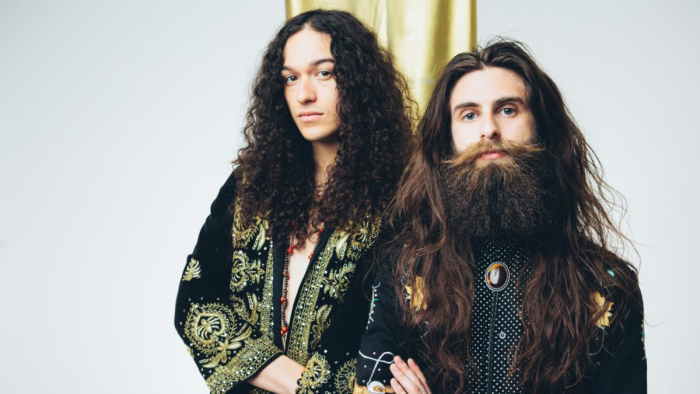 Crown Lands have shared their excitement about hitting the road next week as part of Greta Van Fleet's North American Dreams In Gold arena tour.

Cody Bowles (vocals, drums) and Kevin Comeau (guitar, bass, keys) had this to say, "We're very much looking forward to playing in the US again! It's been years. We've missed the culture, the interstates, and the people.

"It's an honour to be opening up for Greta Van Fleet. They opened the door for rock music to penetrate the mainstream in our generation. It feels like a natural fit. So many fans have called for us to tour together for years. It feels good to be making it happen!

"Touring the USA right now is one of the hardest things a band can do. It has become absurdly expensive when you factor in fuel, hotels, Van maintenance, crew wages, work permit costs (trust me this is a big one). Not to mention the risk of covid and other illnesses when playing to arenas full of people. It's a beautiful and risky endeavour. All of this, plus 8-hour drives each day to get on stage for a half hour. That time on stage is why we do it. We believe it's worth it. We are a live band. It's in our blood. This is why we do it! See you on the road."

See the dates below: