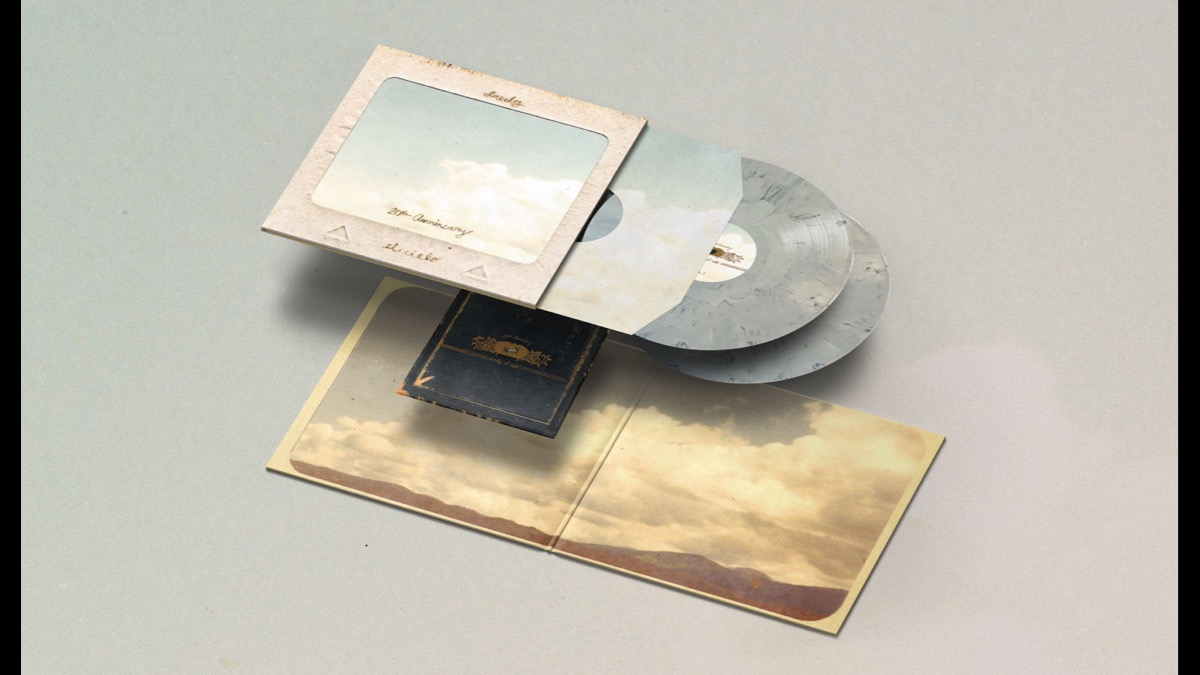 (ABC) Dredg have announced that they are celebrating the 20th anniversary of their second album, EL CIELO, with two special limited-edition box sets, which go on sale Friday, October 7 exclusively on the band's online store.

Both packages include the original critically acclaimed album remastered as double 12" custom marble swirl printed vinyl with a vinyl-etched track listing, and a 16-page 7" booklet. There will also be various EL CIELO merch packages available, as well an extra special "Super pack" collection with includes all of the above plus an autographed cover, wall flag, custom t-shirt and sweatshirt, sticker and magnet pack, and an eye mask (for the amplest dreaming experience). The 16-page 7" booklets contain the album's original hand-written letters from people who suffered from sleep disorders and their experiences with sleep paralysis, which was part of the inspiration for the album's music and lyrics.

The main concept behind EL CIELO stems from a painting by Salvador Dali called "Dream Caused by the Flight of a Bee Around a Pomegranate a Second Before Awakening." That title also happens to be the acronym of the first song, ""Brushstroke: dcbtfoabaaposba." Upon its initial release, the band explained to them the painting symbolized sleep paralysis, which Dali's wife suffered from.

"When we were lucky enough to compose our first major label record, we took full advantage of the opportunity to move to the Palm Springs area, set up shop in a rental home and immerse ourselves in as much creative fuel as possible," remembers drummer/keyboardist Dino Campanella.

He continues, "The initial scheduled writing period of 2 months turned into 4 or 5 (I cannot remember), but it didn't matter because we were in route to preparing, what we considered a uniquely special front to back album, meant to be devoured in completion. This methodology of a complete listen is a rarity today, but the records we loved to listen to in this manner will never be forgotten."