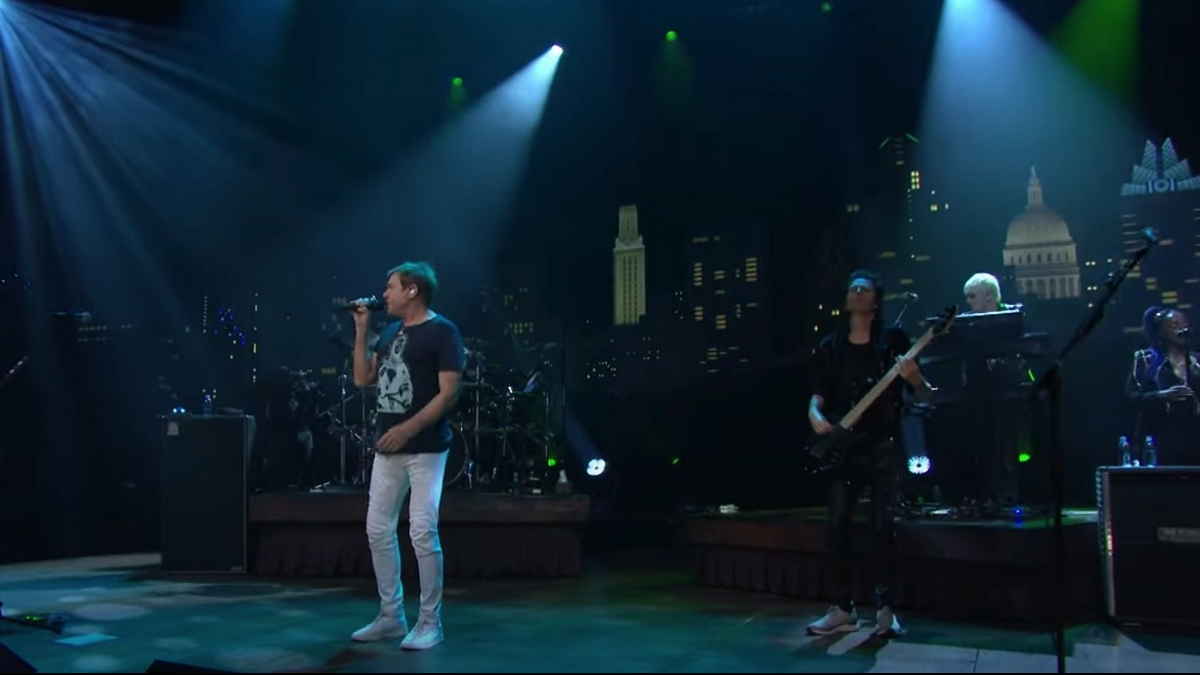 Duran Duran's debut performance on Austin City Limits (ACL) will be premiering tonight, January 22nd, and the show has shared a preview video from their performance.

The video features the band performing the song "Tonight United", which is one of the ten tracks that the iconic group performed for the episode that premieres tonight (January 22) at 9pm ET/8pm CT

The episode as part of the long-running show's 47th season and will also be available via streaming beginning January 23 @10am ET at pbs.org/austincitylimits.

Aside from "Tonight United", the band played their current single "INVISIBLE," and some of their classic hits "Save A Prayer," "Hungry Like The Wolf", "Ordinary World", "A View To A Kill", "Planet Earth," "Girls on Film", and more. Watch the preview performance and see the setlist below:

Duran Duran Austin City Limits setlist:
INVISIBLE
A View To A Kill
ANNIVERSARY
Ordinary World
TONIGHT UNITED
(Reach Up For The) Sunrise
Planet Earth
Hungry Like the Wolf
Girls on Film / Acceptable in the 80's
Save A Prayer