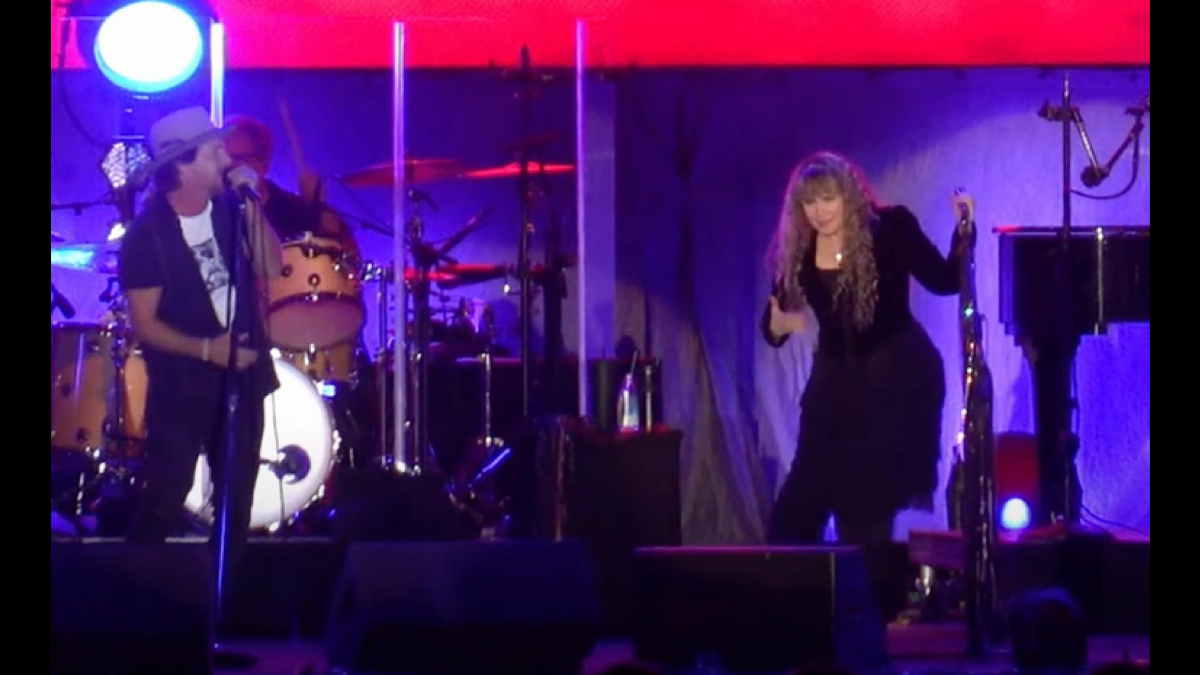 (hennemusic) Eddie Vedder and Stevie Nicks were among the artists that performed Tom Petty songs at the Pearl Jam rocker's Ohana Festival this past weekend in sync with the 5th anniversary of the passing of the Florida singer.

Petty passed away on October 2, 2017 at the age of 66 in a Santa Monica, CA hospital after being found unconscious and in cardiac arrest at his Malibu home.

During her September 30 opening night headline set, Nicks shared the story of how Petty had written "Stop Draggin' My Heart Around" before recording it as a duet with her for inclusion on her 1981 solo debut, "Bella Donna", where it went on to become the project's lead single and a US Top 5 hit. As Nicks and her band kicked into the song, Vedder arrived on stage to deliver Petty's vocal parts to the delight of the crowd.

The next day, Mike Campbell & The Dirty Knobs played three Petty songs during their set, including "Fault Lines", "Even The Losers" and "Runnin Down A Dream."

When Vedder took the stage for his October 1 headline set, he and his band The Earthlings were joined by Campbell for Petty's "Room At The Top" before the singer recounted how happy he was to have performed with Nicks' the night before, and then he shared his thoughts on Petty, telling the crowd: "Tomorrow would be five years since we all lost this guy that was a part of our lives; we all lost Tom, and I think about him all the time, as we all do. But I just keep reminding ourselves how grateful we can be because we still have his voice in our head and the songs are in us, and we can play them loud and we can still hear him."

Read more of Vedder's speech and watch video of Petty songs from all three sets here.