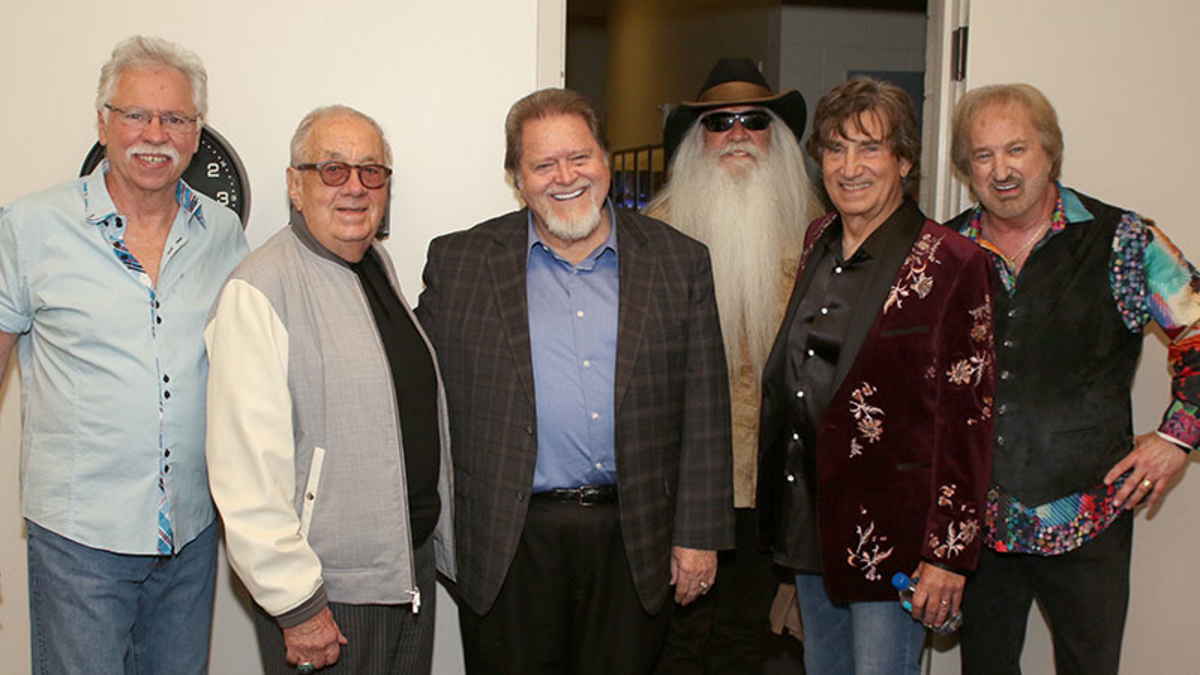 (2911) Nashville Songwriters Hall of Fame member Dallas Frazier has passed away at age 82. Frazier penned hits such as "Elvira," "There Goes My Everything," "Alley Oop" and more.

Fellow artists mourn the loss of their friend and share fond memories that have left them forever inspired by the timeless Dallas Frazier: "For over five decades, songs written by Dallas Frazier have affected The Oak Ridge Boys' career like no other writers. "The Baptism Of Jesse Taylor" won a Grammy Award for us when we were a Gospel group in the mid-70's. Then, in 1981, "Elvira" became the biggest song in the music industry, winning all of the awards and selling over two and a half million 45 rpm singles. The Oak Ridge Boys and our families, along with millions of fans and friends who love his music, join in prayer for Sharon and the Frazier family. May Dallas rest in peace in the arms of Jesus." - Duane Allen, The Oak Ridge Boys

"Country music has made history because of songwriters like Dallas Frazier penning "Elvira" for the Oak Ridge Boys, and "All I Have To Offer You Is Me" for Charley Pride. It doesn't get any better than that! Dallas Frazier will always be loved." - Janie Fricke

"We are saddened to hear that one of the greatest and most talented songwriters of our time, Dallas Frazier has left for home. He was truly one of the most respected and loved songwriters in the music industry. Every songwriter went to school on his amazing talent and aspired to write just like him. Our prayers go out to all who love and adore him." - T.G. Sheppard & Kelly Lang

"Another great songwriter I got to work with in the '70s (in my Buck Owens days) was Dallas Frazier. Then fast forward to 1982 when "You're The Reason God Made Oklahoma" and "Elvira" both were nominated for a Grammy and Elvira won for 'Best Country Song'. He was a great guy." - David Frizzell

"We've lost Dallas Frazier, a songwriting master. May God bless you in the palm of his hand." - Andrew Farriss

"I can't count the number of times I played "There Goes My Everything" on the Grand Ole Opry stage for Jack Greene. Dallas' lyrics and Jack's delivery were a magical combination. It's no wonder both men received Grammy nods for their masterful efforts. The collective body of Dallas Frazier songs is astounding, brought to life by artists like the Oak Ridge Boys, Charley Pride, Brenda Lee, and Elvis. Chances are if you're dancing across a honky tonk floor today, you're dancing to a Dallas Frazier penned song. His legacy will live on in the hearts of traditional country music fans for generations to come. There's a reason Dallas Frazier is a member of the Nashville Songwriters Hall of Fame. He was one of the best!" - Tim Atwood

"Dallas Frazier was a pioneer in the music industry. Great musician and songwriter who will surely be missed. Rest In Peace." - Shane Owens

"Prayers to the family of Dallas Frazier. One of the pioneers of songwriting in this town and has written for so many legendary artists! Fly on, Dallas! Rest now, friend." - JD Shelburne

"Another passing of a legendary songwriter. He was the best friend a song ever had." - Johnny Lee

"I'm saddened to hear of the passing of Dallas Frazier. Not only as a singer but also with his legacy of songs written, Dallas was a gem in country music. My heart is with his close friends and family during these next few months." - Paige King Johnson