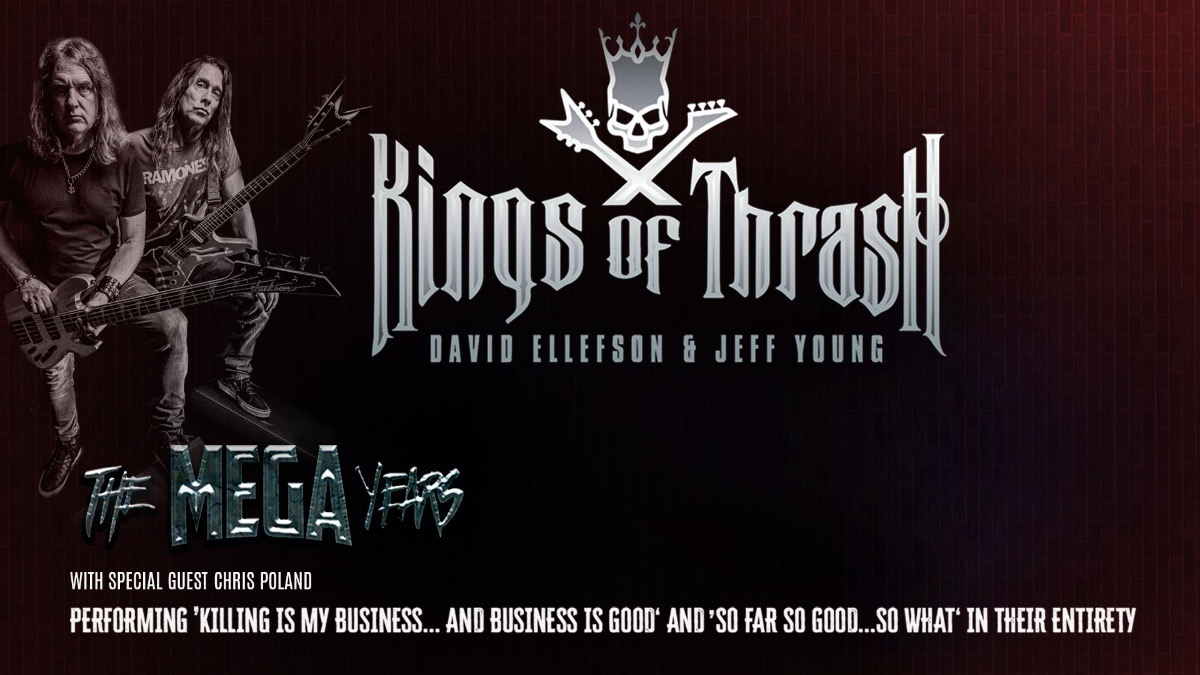 Former Megadeth star David Ellefson and Jeff Young have teamed up as Kings of Thrash and announced the first four shows of The Mega Years Tour that will see them performing two classic Megadeth albums in their entirety.

They will be joined on the trek by former Megadeth guitarist Chris Poland. The band is rounded out by drummer Fred Aching as well as guitarist and vocalist Chaz Leon.

The special trek will feature the band revisiting the full classic albums, "Killing is My Business...and Business is Good" and "So Far, So Good...So What" in full.

So far, dates have been announced in San Diego, Phoenix, Las Vegas and West Hollywood. See the details below:

Kings of Thrash Music and Merch