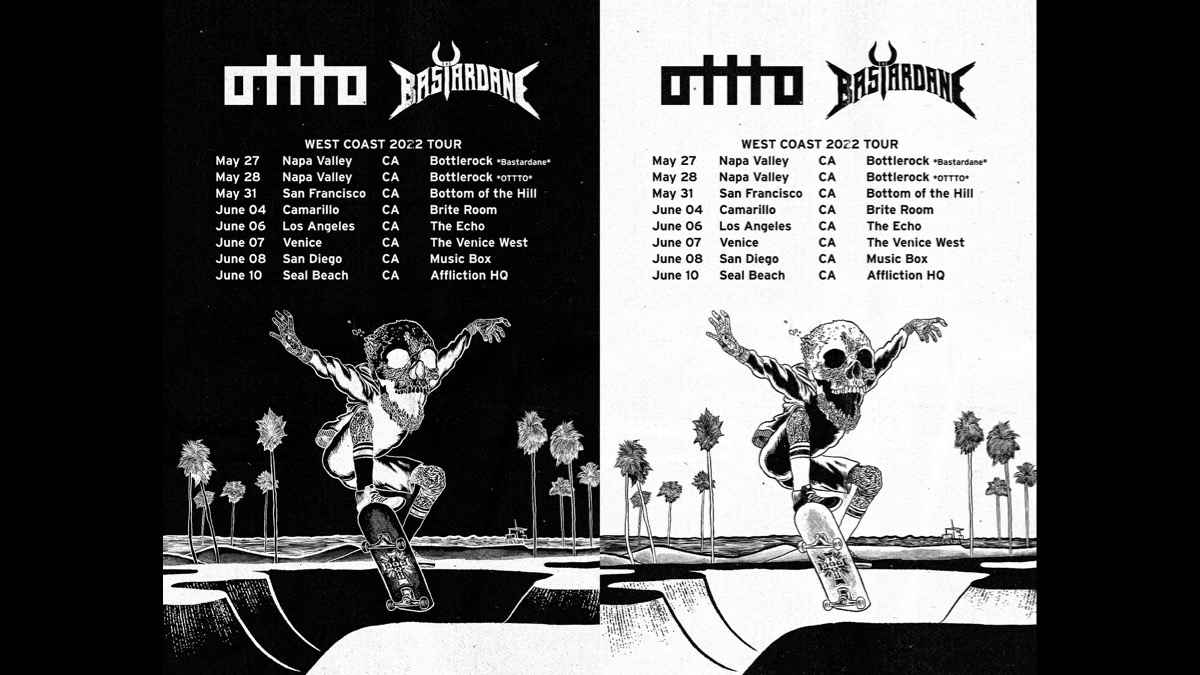 OTTTO and Bastardane, the bands featuring the sons of Metallica frontman James Hetfield and bassist Rob Trujillo, are teaming up for a coheadlining tour of the west coast.

"Looking forward to it! Gonna have a blast rockin' the coastline of California," says bass player Tye Trujillo, who will be on the road pre and post tour with Suicidal Tendencies.

"Oh, we are then ready to KICK SOME ASS!" adds Bastardane drummer Castor Hetfield, whose tour headlining dates precede and follow the co-headlining run with OTTTO. See the dates below: